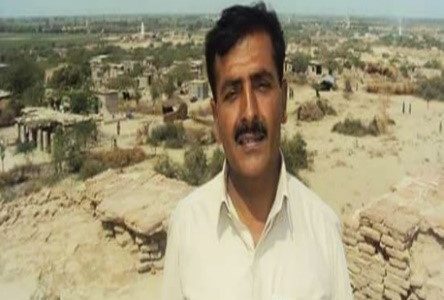 Fifteen cases of attempt to assassinate, abduction, harassment, attacks, verbal and written threats against journalists and censorship of media in all parts of Pakistan except Balochistan were documented during February 2018 under Pakistan Press Club Safety Hub Network, managed by Freedom Network. Journalists doing corruption stories and crime reporting beat had faced dire consequences.

ASSASSINATION: One case of attempt to kill journalist was documented in Khyber Pakhtunkhwa’s Lakki Marwat district when journalist Ghulam Akbar, working for Express Media Group’s publications, survived assassination attempt on February 5. Alleged assassin Faiz Kamal Khan Meenakhel aimed the journalist to shoot him in Media Club in Lakki Marwat. “As I opened the door, Kamal Khan fired shots at me, luckily I survived the attack by promptly reacting,” the journalist told the police. He said Khan was angered by his report concerning the alleged shooter. Police

ABDUCTION: Two Sindhi-language journalists from interior Sindh province were first taken away and then booked under as serious charge as anti-terrorism and robbery cases.

Rafaqat Ali Jarwar, 45, working for Daily Koshish, was whisked away by men in plain clothes and police uniforms in Tando Bago Town of district Badin, on Thursday (February 15, 2018) at 4.00pm.

On March 2, DIG Hyderabad Javed Alam told a press conference in Hyderabad that the police busted a gang of Indian intelligence agency RAW and the gang included journalist Rafaqat also. Nasrullah Jarwar, brother of Rafaqat, told FN that police took his brother away to “teach me lesson” as he was writing stories on sugarcane – major issue for farmers in Sindh province as sugar mill owners appear to have strong links to politicians. Local police was tightlipped about disappearance of Rafaqat until the senior officer made the disclosure 15 days later.

Kamran Sahito, a sub-editor at Daily Express News, was also whisked away by uniformed policemen from his home in Naqash Villas, Qasimabad on February 6.

Zahar Shah, bureau chief of Daily Public Eye, escaped attempted abduction in Islamabad on February 11 when armed men in car tried to intercept the journalist as he left mechanic workshop in Islamabad. He told Freedom Network that case was registered in Loi Bhair Police Station and no arrests have been made yet.

In interior Sindh, local journalists are under extreme pressure from feudals, politicians, tribal chieftains and police and lack of support from media houses, poor professional and safety and security capacity make the information practioners even more vulnerable.

It is the second month journalists are abducted or disappeared. In January, Taha Siddiqui made such attempt fail when armed men attempted to abduct him while he was on his way to airport in Islamabad.

Shaukat Hussain, brother of tribal journalist Ali Shinwari, working for Dunya News channel in Landikotal town of Khyber tribal district bordering Peshawar, is missing since January 15. Whereabouts of the journalist’s brother is still unknown despite filing of a case.

It appears abduction or disappearance for short time is new strategy to bring journalists under pressure. This strategy seems to avoid collateral damage as far as journalists’ murder is concerned.

Daily Tarjaman crime reporter Idress Abbasi was arrested by Senior House Officer Malik Bashir of Bhara Koh Police Station. The officer, according to the journalist, was “angry” at him for his story on corruption allegedly involving the police officer. Upon strong protest, the officer apologized and called it “mistaken identity case.” The reporter was freed.

24 News channel’s crime reporter Saddam Mangat faced similar situation when ASP City Zohaib Ranjha held him as “hostage” when the reporter visited the police official for his story on illegal construction and land grabbing involving allegedly senior police officials in Islamabad. The crime reporter phoned the ASP for official version and when he was invited to visit the official the reporter was made hostage for more than three hours forcing undertaking in police favour. The issue was brought into notice of Islamabad Police chief Sultan Azam Tamuri and the ASP “apologized” and the issue stood resolved.

Tribal journalist Noor Behram, who is president of Miranshah Press Club, is barred from covering official programmes in North Waziristan after doing stories on corruption allegedly involving government officials. The authorities refused him government card and issued his arrest warrant. The journalist moved to neighbouring Bannu district to escape arrest.

ASSAULTED/INJURED: Three cases of attacks on journalists were documented from Punjab and Islamabad. Attaullah Bhatti, correspondent of Dunya News channel, received head injuries after a mob attacked him during coverage at Manga Bus Stand in Lahore on February 14. The coverage angered the mob as one of them hit the journalist in his head with his pistol.

Mian Naveed, member of Punjab Assembly, was alleged to have attacked Capital TV channel’s reporter Iftikhar Bhatti through his supporters in Pakpattan town of Punjab province on February 23. The reason for attack is stated the journalist’s stories involving alleged corruption of the elected public representative. The journalist’s house was attacked. Local journalists strongly protested the attack on their colleague and demanded action against the Mian Naveed. Pakistan Muslim League (N) government in Punjab has taken no action yet against the accused.

Traffic police attacked ATV TV channel’s reporter Faisal Shahzad who was covering police attacking track driver on Kashmir Highway on February 28. While the reporter was shooting the police-driver scuffle cops did not like the filming snatching the camera and beating the journalist. When the issue was taken up with senior police officials the suspended ASI Traffic Police Muhammad Farooq.

WRITTEN & BERBAL THREATS: One written and two verbal threats were hurled at an editor and two journalists in Lahore, Islamabad and Khyber tribal district. Senior journalist and Editor Daily Khabrian Zia Shahid received written threats from militant out Jamat-ul-Ahrar three times in January 28 in Lahore. However, the journalist made these threats public in February when he wrote letter to the Punjab government. The journalist did not share content of the threats the group delivered. The regional government made security arrangements for the editor and he stays safe till filing of this report.

Malik Ali Raza, crime reporter of Ausaf newspaper, told Freedom Network that Haris Iftikhar, owner of Snober City project, threatened him for his story about nonbailable arrest warrant issued against the project owner. “The land owner issued life-taking threat and the issue was brought into police notice,” the reporter said.

Khalil Jabran, working for Khyber News channel in Landikotal town in Khyber tribal agency, received “threatening phone calls” from Pakistani as well as Afghan mobile phone numbers asking him to “pay money if he wants to live.” Khalil was among five tribal journalists arrested after a magnetic bomb was discovered a car they were riding in on November 24, 2017. “I switched off mobile phone but am still terrorized and worried for children,” he told Freedom Network.

LEGAL CASES: Two legal cases were brought up against TV and print media journalists in Islamabad. The first case was taken up at the Islamabad High Court where Justice Shaukat Siddiqui issued contempt of court notice against journalist Matiullah Jan and Waq News channel’s CEO and producers on February 7 for airing programme on judiciary which was seen as “anti-judiciary.” However, the judge dropped the charges on February 21 after the channel tendered “unconditional” apology.

Press Council of Pakistan (PCP) turned down complaint against journalist Raja Israr Hussain, Editor Investigative at Daily Taas newspaper on February 9. The complainant, Dawar Hussain Shah from LESCO Department, moved the PCP to allege the editor “blackmailed” him. After hearing both sides, the Council found that any report based on facts could not be declared “blackmailing tool.”

In two disappearance cases of journalists Sindh Police is alleged to have been involved while in another failed abduction case included unknown people. Criminal gangs and a militant group were involved in harassing and threatening journalists.