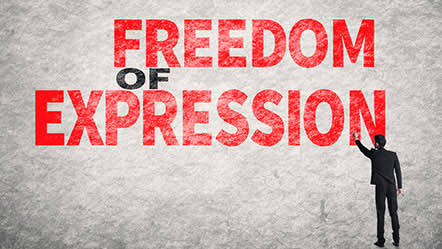 ISLAMABAD: Freedom Network has warned the federal government and regulatory authorities against crossing the thin line between freedom of expression and hate-speech while regulating media coverage of former prime minister Imran Khan who is protesting his ouster from power early this year holding meetings at frequent pace.

“Freedom Network is standing by citizens’ right to express while at the same time it opposes and discourages hate-speech in the society. But we will not accept using the hate-speech excuse to completely deny anyone, including Imran Khan, of his right to assembly or freedom of expression,” Islamabad-based media watchdog organization Freedom Network said in its Press Freedom Alert issued on Tuesday – 30 August 2022.

The alert comes as Islamabad High Court suspends the Pakistan Electronic Media Regulatory Authority (PEMRA) ban on live telecast of speeches of Pakistan Tehreek-e-Insaf (PTI) chairman Imran Khan after part of his speech on 20 August 2022 in F9 Park in Islamabad was seen as “hate-speech” targeting police officials and a woman judge prompting the authority to issue TV channels guidelines to stop live telecast of his speech.

“Freedom of speech is at the heart of fundamental rights. We hope the government and the regularity authorities will respect this thin line between freedom of expression and hate-speech and allow political opponents to exercise their fundamental rights while at the same time not indulging in hate-speech not harming any segment of the society, including media,” the alert said.

It was observed that pre-recorded speech of Imran Khan at Liaqat Bagh meeting in Rawalpindi on 21 August 2022 was even not telecast by some top-ranked TV channels prompting fears there might be extra pressure on media to black Imran Khan out totally. Similarly, citizens complained access to YouTube was also difficult and Internet accessibility was an issue.

The last three and a half years of previous government under Imran Khan had troubled the independent media with censorship rampant and anti-government media and working journalists were in line of fire.

A similar pattern is observed after change in government in April this year with pro-PTI TV channels and journalists were being subjected to harsher treatment by the authorities facing legal actions and other administrative steps to force their disappearance from TV screens.

The alert warned a dangerous trend was set criminalizing dissent with political tension high and media was being disallowed to work independently and professionally.