Paramilitary force detained five tribal journalists and a press club employee after a magnetic bomb was discovered beneath the car they were riding in Landikotal town in Khyber tribal district bordering Peshawar on Friday – 24 November 2017.

Four journalists were freed after 12 hours while owner of the car – Khalil Afridi – was still detained and grilled for the magnetic bomb the paramilitary Frontier Corps investigators suspected was “targeting” the paramilitary force personnel on the day when a Vintage Cars Rally was on its way to Landikotal town.

“We were blindfolded for six hours and sat on floor while investigated,” one of the journalists who was among the detainees told Freedom Network by phone. He wished not to be named. 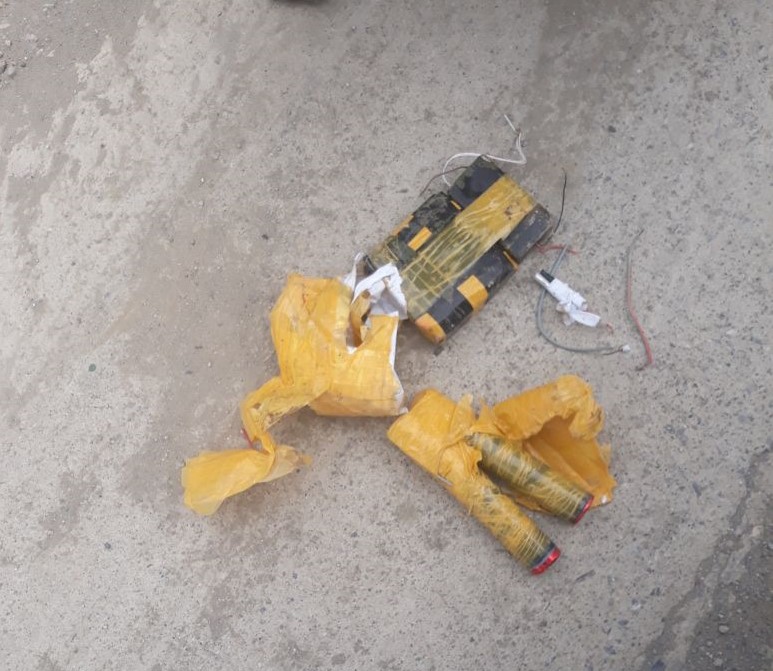 The bomb recovered from beneath the car of tribal journalists in Landikotal.

“It has been the worst day of my life,” the journalist spoke of ordeal he and his colleagues faced after the bomb was defused moments after local authorities spotted the magnetic bomb while the journalists were riding in line of professional duty.

Khyber tribal district is governed through ruthless Frontier Crimes Regulations under which the accused has no legal assistance to seek against any illegal or legal situation arising out in Federally Administered Tribal Areas (FATA) along Pakistan’s border with Afghanistan.

In FATA, media is not allowed to work legally as the country’s regulations regulating print and electronic media are not extended there and journalists enjoy no legal assistance to face such situation.

It was said that the bomb was seen by local tribal police when the car crossed a check-post and they called a journalist inside the car to “stop immediately and get off the car” as a magnetic bomb was planted beneath the car.

“As I heard the caller I cried at the journalist Khalil Afridi, who was driving, to stop immediately. There is danger, I screamed,” the journalist shared the painful moments. “We got off immediately as the car came to stop and paramilitary force immediately rushed to defuse the car they thought was planted to target the force personnel.”