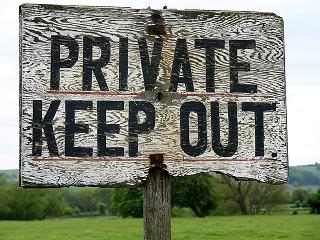 Wagner holds a PhD in Political and Social Sciences and has degrees in Political Science and International Law, Public Administration and International Development. He has conducted research in the United States, the United Kingdom, France, Germany, Spain, Tunisia, Egypt and Jordan. Currently associated with the Berlin-based Center for Internet & Human Rights, he tweets at @benwagne_r.

Here are excerpts from an interview with Ben Wagner by Aurangzaib Khan.

Freedom Network: In regions where there are conflicts, such as Pakistan, what challenges are there in the way of ensuring privacy rights?

Ben Wagner: The challenge is that there is willingness or understanding for restriction of these rights in some way or form because people caught in a conflict feel scared and as a result it is easy to throw the proverbial baby out with the bathwater. There is a certain preparedness to limit rights and people don’t immediately realize the consequences it has for their lives, their day to day life, their ability to politically organize, and their ability to stay safe on the internet. All of these things negatively affected when we start massively limiting these rights.

FN: And so, are governments all too easily inclined to do this?

BW: I think it is easy for them to justify. I mean we know internationally that private companies in most part of the world have tried to develop some sort of surveillance systems. I think the governments feel it is easier to justify when there is a conflict ongoing and it is often true that there is broader surveillance linked to these conflicts and it often becomes a lot more indiscriminate. For example the case of Colombia, all of the mobile phones have very bad protection because they lack certain type of encryption and this is based on a Privacy International research. It shows quite clearly that the lack of protection in the phones is linked to the ongoing conflict.

FN: How can we reconcile the over-regulated real world and the much freer virtual world when it comes to protection of privacy rights online?

BW: I think it is an ongoing challenge. We are going to spend the next 10 or 20 years to negotiate this between the governments, between citizens, between civil society groups and between businesses. I don’t think there will be any easy answers but I do think that if this is what we don’t take seriously as a society, then we are in a very difficult position because we won’t have any rights left if we lose privacy rights in the digital context because so much of our lives are digital and so many things rely on access to information and without that ability [of online privacy] many other rights will suffer.

FN: In your experience, have you had any success with the governments in persuading them to minimize surveillance and respect online privacy rights?

BW: I think that is starting to happen. The Cause Coalition is an example of government’s limiting the traded surveillance technologies and recognizing that they can be misused. I think both the UN High Commission on Human Rights report on the right to privacy in the digital age and different initiatives by the Brazilian and German governments show that there is a willingness to at least engage on these issues. It doesn’t mean that these governments [that are willing to limit surveillance technologies] are perfect and we should not engage in criticizing them; it just means that they have taken the first step on the long slow process of developing better rights in this area because surveillance remains useful to governments for all sorts of different things. They think it makes them more powerful. We need to ensure that citizens are involved in these conversations and that they jointly define the extent to which surveillance is legitimate and appropriate.

FN: How do we reconcile the tension between the public right to information and the right to privacy of an individual?

BW: The way I see it, it is less of a tension between these two ends than a very specific understanding of, first and foremost, how to deal with digital rights from a rights-based framework. When you speak about the right of information of certain public officials, for example, I think there is an argument to be made that certain forms of data need to be public and need to be accessible but I also think it is reasonable to suggest that there is far more data out there than we need access to in every situation. The balancing, if it takes place, has to take place on a rights-based framework on a court. I am not a lawyer so I wouldn’t be the person to make that determination. I think the tension is less there than it seems to be and it is mainly created by private companies which would prefer to have as much freedom to access information as possible while ignoring people’s privacy rights.

FN: How can civil society organizations and media collaborate to protect and strengthen digital privacy rights?

BW: The first kind of collaboration is to put information out there, to be actively engaged in sharing stories about what is happening. Separately, I think media has a lot of learn from digital rights organizations because they have strong knowledge of how to protect themselves, protect sources, protect media and their own personal security. I think there is a lot of overlap here, between the work of media and journalists and the work of digital rights organizations and sort of working together to develop a narrative on these issues, whatever that may be, and separately to improve the quality of source protection and the role of journalists in this area to ensure they have the ability to protect themselves to do responsible and accountable reporting.

FN: In real life we see rules and regulations applied to citizens. But then we see governments apply these national regulations to internet which is without any borders. How does it apply to something that is universal, global as opposed to national? Is the online space then public or private?

BW: That’s the challenge. I don’t believe in the distinction between online and offline. Yes we live in a borderless world but that’s not just applicable to communication, we also have borderless finance, borderless trade, and movement of peoples across borders, etc. It is not to say that borders don’t exist but they exist in a strongly mediated way which in principle technically allows for human beings, for data, for finance, and for goods to move in all directions. Technically that is possible. Of course, in the legal sense there are all sorts of borders that have been put up for different reasons. I think it is not helpful to think in this private, public dimension but it would be more helpful to think that everything is affected by digital communication. I’m not sure if it a national or a global thing. I think the challenge is to find ways to ensure human rights. At the end of the day, the Pakistani government has an obligation towards international conventions and to respect, and to promote human rights. Laws need to reflect that. What we are seeing is lot of fear on part of governments about this new thing [the internet] that they have no control over and there is this reflex to control and make sure that the problem goes away. A lot of the documents that we have seen as a result of Edward Snowden’s revelations have shown that. Now that we have got to this point, now that we have seen these things happening, there is a slow but resolute pushback [on part of citizens] against governments trying to control these mechanisms but also how broad and vast the consequences of such control are. We all live in a digitally mediated world and it is almost impossible as human beings to live outside this world even if you don’t use any of the devices. So it is not about national or global but whether our laws conform to human rights standards and as I said earlier, Pakistan had a leading role in developing those standards.

FN: In recent months, European Union has used trade as a tool to penalize governments who go back on their obligations in relation to privacy rights. What are the mechanisms available to citizens to report such violations?

BW: There are two kinds of mechanisms available and we need to differentiate them. One is on export controls and I think that is important because we know where an export license is required, there have been numerous documented cases, for example Iran, where export licenses have been denied not as a result of sanctions but as a result of export control on certain goods. So this denial of export license is because they will be misused or they will be used for human rights abuses. So a mechanism exists for each state that applies for export license and it is coordinated in part by the EU at the European level and in part by the different member state of the Wassenaar Agreement. Both of these mechanisms essentially have ongoing monitoring processes to ensure that certain technologies have to be justified before they can be exported. This mechanism speaks officially about the responsibility of the countries that produce these technologies. The other side is the GSP-Plus status that Pakistan enjoys in trade with EU. It allows for annual reporting and also visits by EU human rights ambassador. These together allow for monitoring and possible penalty of human rights are not properly protected or violated and it very quickly leads to the dissolution of the GSP-Plus agreement [as in case of Sri Lanka and Bangladesh]. Free trade is a rather powerful mechanism especially in the context of Pakistani textile industry’s access to market and GSP-Plus is a very attractive medium to allow them that. Of course violations of human rights stand at many different levels and can have direct consequences on the preferential trade agreement. For Bangladesh, for example, it is going to become difficult to export products to the EU.

The intervieweris the managing director of Freedom Network. He is also a freelance journalist and freedom of expression activist. He can be reached at aurangzaibkhan@gmail.com