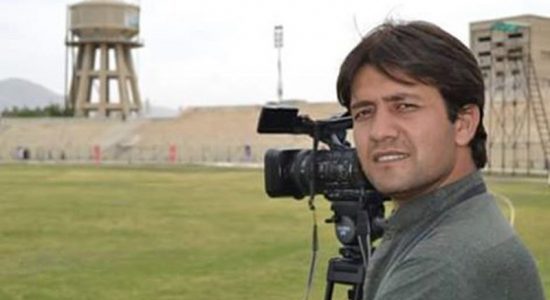 Two TV cameraman were killed while a TV reporter was injured in a suicide blast inside a government hospital in Quetta on Monday (August 8, 2016) leaving around 90 people killed and over 100 inured, provincial health minister and journalists said.

He said Faridullah, reporter of Dunya News channel, received multiple injuries and is being treated for his wounds at the CMH.

“Our thoughts and prayers are with the bereaved families of those killed in the blast and journalist community which is taking harder hits since the province plunged into violence for many reasons,” FN said in its statement to mourn the death of cameraman Shehzad.

“We pray for early recovery of Faridullah and wish him good health,” the statement added.

Mehmood’s whereabouts were unknown until he was later in the day found at a military hospital’s bed where he was being operated upon. “He just died of wounds and his body is being taken to ancestral village for burial,” Ayub said.

The morning blast left around 93 people killed, according to provincial health minister Rehmat Baloch, who said 110 were injured in one of the deadliest attacks Quetta city experienced ever.

Journalists also rushed to the hospital for coverage of the attack on the senior lawyer Bilal Anwar Kasi.

As journalists and lawyers gathered at the hospital a suicide bomber struck to kill as many as possible.

“We lost not only a journalist, but also a good human being,” several journalists paid tributes to late Shehzad.

Balochistan is one of dangerous places in Pakistan where journalists have become direct and indirect victims of insurgency, militancy, sectarian violence and state institutions such as intelligence agencies.