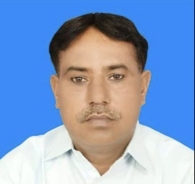 Two journalists were murdered, two others, including a woman journalist, escaped assassination attempts and as many injured in attacks as a total of 15 various reports of threats, attacks and harassment against journalists and media organisations were monitored and documented during July 2022 through the Pakistan Press Club Safety Hubs Network programme, an award-winning civil liberty organisation Freedom Network is managing since 2016.

KILLED: On July 1, 2022, Ishtiaq Sodhero, a member of the Rajanpur Press Club and a contributor to the Sindhi weekly paper Chinag, was shot dead outside his home in Kumb, a town in Sindh province’s Khairpur district. His wife nominated a local police officer in murder of the journalist, and a FIR was filed against the officer and three other suspects. Police arrested three accused, but the nominated police officer is not yet arrested. Motive behind the murder is still unknown.

On July 2, 2022, Iftikhar Ahmed, a Daily Express reporter, was assassinated by unknown assailants in Shabqadar, a town in the district of Charsadda. According to an eyewitness account, an unknown person opened fire on the journalist as he exited the mosque after offering his prayer, killing him on the spot. Talking to Freedom Network, his brother Hazrat Bilal stated that a FIR had been filed against an unidentified man, and that the family had no animosity toward anyone. The motive behind murder is also unknown in this case.

ATTEMPT TO KILL:  Zakia Khan, a radio journalist currently associated with Wahdat digital news, was at home in Peshawar when some unknown people inquired about her whereabouts. Later that evening of July 26, 2022, a young boy broke into her house and threw acid on her, but she and her family were unharmed. The journalist told Freedom Network that she had never published any objectionable news reports, but because she worked on women’s rights, she wasn’t sure if the incident was related to this. Police registered a case and investigation is on.

An unknown person attacked Koh-e–Noor News bureau chief Safdar Shah and reporter Mohsin Ali in Rawalpindi on July 22, 2022. The incident occurred while two of them were on their way to work when an unknown person attempted to stop them, but the reporter continued on their way, causing the car driver to hit them from behind and flee, injuring both journalists.

On July 9, 2022, Sami Ibrahim, a senior journalist and anchorperson with BOL News, was attacked by an unknown person when he left the office and was near his car in the parking area in Islamabad. An unknown person in a woman’s attire approached him and began punching him, and when another companion of the attacker approached them and instigated his fellow to kill him, the journalist narrowly escaped the attack and returned to his office.

OFFLINE HARASSMENT:   On the night of July 1, 2022, Idrees Abbasi, a reporter for GNN News channel, was harassed by the guards of former deputy speaker of the National Assembly Qasim Suri while covering news in Rawalpindi’s Bhaata Chowk. The armed men interrupted the journalist’s coverage and broke the DSNG van’s windscreen. Although a FIR was filed, no arrests were made yet.

On July 27, Neo News channel reporter Sheraz Ahmed Sherazi and cameraman Javed Aslam attended the Pakistan Tehreek-e-Insaf-organized Thanksgiving Day coverage in Islamabad. The PTI supporters stopped the journalists from covering the event after they snatched the microphone and pushed the journalist back. Later, PTI MNA Ali Nawaz expressed regret and promised to prevent such incidents in future.

INJURED: Ayaz Amir, political analyst for Duniya News channel, was attacked On July 1, 2022 by six unidentified men as he exited the channel’s office in Lahore. The unidentified men beat the journalist and fled, leaving him injured. Prime Minister Shehbaz Sharif directed Punjab Police to investigate and submit a report.

On July 29, 2022, Akmal Shahzad, a senior reporter for Nawa-iWaqt newspaper, went to investigate illegal possession of a house in Rawalpindi allegedly by  a local land mafia. The reporter approached the illegal occupant for his version; the occupant invited the reporter to his shop, where he attacked him and injured him; the attacker threatened the reporter to stop investigating the story or will face serious consequences. The journalist filed an application with police for registration of a case but no action was taken yet.

On July 15, Sajjad Ali, a reporter for New Parwaz news channel at taluqa Sindhri, was attacked and seriously injured by members of the Shar community in Bhayan Nagh village in the Sindh district of MirpurKhas. A case was filed against the perpetrators at the local police station.

THREATS VERBAL: On July 27, 2022, Imran Latif, chief editor of Times International News Service, received a threatening phone call while in his office in Islamabad. The caller threatened him for his life and lives of his family members if he did not stop exposing corruption in the Press Information Department. According to the journalist, a FIR was filed but no action was taken yet.

On July 16, 2022, Kashif Farooqi, a freelance journalist in Karachi, was threatened by a Sindh Building Control Authority official, and a complaint was later filed against the journalist with the FIA’s cybercrime cell, accusing him of blackmail. The lawsuit was filed after the journalist revealed information about the officials’ corruption.

Robbery: On July 1, 2022, Ahmer Shaheen, the chief editor of the news website iNews, was approached by men on motorcycles that pointed a gun at him and ordered him to stop. Later, the men took his phone and laptop, according to Shaheen, because the attackers did not take his wallet but only his laptop and phone, possibly in retaliation for his journalism. He also stated that he has no idea what reporting triggered the attack.

In ten cases, threat actors remained unknown while in two each cases state and non-state actors were believed involved in the four threat cases while in two cases political actors and in same number of cases “other” actors were suspected.

Gender aggregated threat data:
Among the 15 reported cases against journalists included a case against female journalist as well.