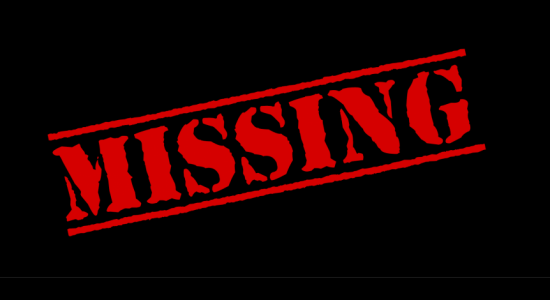 August 2017 Data Analysis of Threats to Media and its Practioners

Two journalists were reported “missing” in Sindh province, nine journalists assaulted or injured, two legal cases were filed against as many journalists after their comments on social media pages appeared, Punjab Police banned media from taking photos or making videos of their installations, one journalist was arrested under controversial cybercrime law in Balochistan and journalist’s house was attacked as Pakistan Press Club Safety Hub Network, managed by Islamabad-based Freedom Network organization, documented these violations during the month of August 2017.

These violations were reported from Sindh, Punjab and Balochistan provinces as Khyber Pakhtunkhwa witnessed no such violation during this period.

On August 5, 2017, Ghulam Rasool Burfat, working for Sindh Express newspaper was reported “missing” he was picked up from his residence in Sindh University Housing Society in Jamshoro. He is believed relative of Shafi Muhammad Burfat, the chairman of Jeay Sindh Mutahida Mahaz. Relatives are taken away to force surrender of the main wanted person, local journalists say.

On August 9, 2017, Badal Nohani, secretary-general of Jamshoro Press Club, was taken away after masked people arrived in unknown vehicles. No word since his disappearance as his family held demonstration outside Hyderabad Press Club for Nohani’s safe return.

No authority in Sindh government confirmed these journalists’ detention nor gave any reason for their disappearance as families and journalists are concerned for their safety but avoiding comments in prevailing deep sense of element of fears the Sindh province is experiencing.

It has not been confirmed whether disappearance of the two journalists relates to their work. However, their journalistic credentials are well established.

LEGAL CASES: Federal Investigation Agency registered a case under controversial Prevention of Electronic Crimes Act (PECCA) against journalist Jabbar Umrani of Subat Pur in Naseerabad district of Balochistan on August 05, 2017. The FIA initiated the case after a station house officer in Subat Pur “complained” against the journalist working for Waqt News channel following his comments on social media about the SHO.

Jabbar is the third journalist booked under PECA law in Balochistan.

Abdul Sattar Niazi, a journalist in tehsil Gujar Khan in Punjab province and working for Islamabad-based Daily Metro, was forced to sign a “dictated” affidavit that he “is not a journalist and never again post any comment” against lawyers after local police made him sit in a police station for hours following his Facebook photo showing some lawyers encroaching on state land in the tehsil near judicial complex.

The lawyers withdraw the application after the journalist’s submission to their demands and police let the journalist go him after spending houses in the police station where, according to him, he was made subject to intense “blackmailing” and “pressure” to surrender.

Niazi is the fourth journalist to face legal case after post on social media page.

On August 5, senior journalist Sudhir Chaudhry of BOL News channel was attacked in Liberty Market in Lahore. He was attacked while doing live show for his channel. The attackers fled the scene after they attack. The journalist was hosting programme along with controversial anchorperson Dr Amir Liaqat and critical of ruling PML-N party policies.

On August 11, workers of PML-N attacked DSNG van of ARY News channel in Gujranwala district of Punjab province during the march of former prime minister Nawaz Sharif. The van driver and DSNG operator ran for personal safety as the attack was mounted. However, party leaders intervened to provide the crew safe passage.

On August 11, Islamabad-based cameraman Sheraz Gardezi experienced police violence in Gujrat while he was covering the former prime minister, Nawaz Sharif, rally. The police did not allow the photographer to take shots. The same day, a journalist’s house was attacked in jurisdiction of Tanol police station in Rawalpindi district of Punjab. Nayyer Waheed Rawat, working for Capital News channel, reported attack on his house. However, he and his family remained safe. He said the attack followed a report about kidnappers in Tarnol area and suspected these kidnappers’ involvement.

On August 18, journalists Babar Anwar and Hafiz Haseeb, working for Daily Mubalegh, published report on “presence of wine bottles and other objectionable items” in Kashmir House in Islamabad. Both the journalists then put the story on social media page. “We have been made subject to worse kind of torture for the report,” they said. A report was also lodged against the journalists on behalf of the administration of Kashmir House.

CENSORSHIP: The Punjab police chief, Captain (Retd) Arif Nawaz, ordered ban on footage of police stations and other law-enforcement installations on August 22, 2017. The journalist community protested the ban and Punjab Police clarified media-persons are excluded from the ban. However, no journalist is allowed inside a police station or any other installation with even mobile camera.

Seven journalists who either disappeared, arrested or detained, assaulted or injured, faced legal cases or home attacked belonged to print media and four were electronic media.