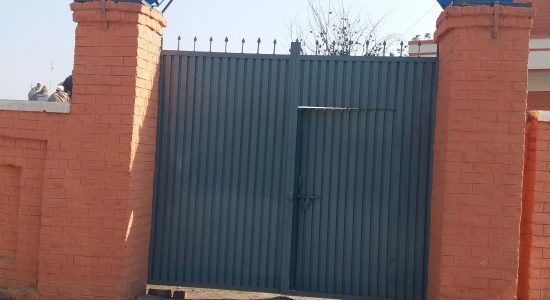 The challenges, journalists from these areas say, are “multiplied” effecting their works when they report issues local communities are facing. “We are shaking when we try to report these social issues and other problems as no-go areas are increasing where journalists are not allowed to go without prior permission,” many journalists from these districts shared their stories in post-FATA situation.

An “undeclared censorship” prevails in these districts. Moving with camera is even more dangerous with authorities spotting media practioners from a distant.

Tribal journalists paid heavy price for reporting. Since early 2002 after terrorist attacks on the United States in 2001, around 14 have so far been targeted and perpetrators of crimes are still at large. This permeates sense of insecurity among these journalists leading to increased self-censorship besides enforced censorship.

Although threat of extreme form of censorship – physical elimination – has somehow changed into verbal threats and no major violation of media rights has been monitored or documented in the last seven months.

Not all press clubs in these border areas have own buildings. Some are based in rented buildings and are not equipped with the latest lab to help journalists perform professional duties with much ease.

Fewer capacity building opportunities are coming their ways now, especially after the ex-FATA merger. A senior journalist from Landikotal said as these districts are governed through new laws local journalists are finding it difficult to report especially court proceedings. “We need training equipping our journalists with court reporting principles,” Ibrahim Shinwari, who works for Dawn newspaper, said.

Access to government offices is a real challenge journalists are facing in the newly-merged areas. The biggest issue is the access to information. These government departments are lacking information officers to share verified and official data or information with local journalists. Local authorities are not treating media as partner to develop these backward areas where Taliban exploit “sense of deprivation” among the local communities and recruit foot soldiers with much ease.

Jamrud Press Club president Sajid Ali Kokikhel cried foul at not getting invitation from officials for briefing on tribal areas’ development. “There is no significant behavioral change in government authorities towards the media after the merger,” he believes and adds: “Media is not treated as partner in the development.”

He said when journalists on their own “go to official functions” they were denied access. “Journalism was not as restricted in pre-merger FATA and it is in post-merger FATA.”

The recent arrest of journalist Ali Noor Wazir in Wana, South Waziristan, on charge of covering public meeting of “Pashtun Tahafuz Movement (PTM)” sending him to prison for 15 days. Such happening brings old memory of repressive policy towards the media back. The authorities also charged the arrested journalist with “violating Covid19 SoPs.” Mainstream media has zero tolerance for PTM coverage as the state institutions look at this movement with great suspicion.

Financial issues are apart from professional challenges. Most tribal journalists are unpaid for their works. “Our financial challenges may prove devastating for journalism in merged tribal areas,” Ali warned.

However, these journalists are unanimous to stress that they need capacity building trainings more than any other intervention these merged tribal districts seek at the most at this given time.