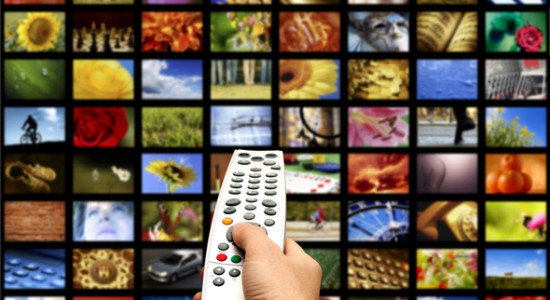 The first of the three series reports is about the changing picture of TV media in Pakistan.

Haroon Rashid
Pakistan has since 2002 seen one of the most unprecedented evolution of news television channels probably anywhere in the world. Around 40 are up and running, covering news from local to national levels. The good sign for them is that they have so far managed to keep the viewer-ship – crucial for their survival. A BBC Media Action document says the TV viewership since 2008 has hovered around 85 per cent of total media consumption. But can we be sure about their future the same way?

Signs of some channels already facing financial crunch are visible, but this has not led to any of these channels thankfully going off air. A few more channels are in the pipeline. A question naturally comes to mind is whether Pakistan’s fragile economy can generate enough revenue for all these channels to sustain themselves. But here I would like to have a look at the editorial side. Have these channels strengthened their editorial muscles or not? Are they paying any attention to look editorially and ethically strong or not?

The media scene the world over is fast shifting like sand dunes. Within the last one century we have seen the rise a pattern where one rising format such as TV badly affecting others such as newspaper and radio. Many have started to have nightmares from startling addition of “social media”. Twitter and Facebook is 24-hour live news and a lot more than just news. Millions of its users are not only its readers/listeners/viewers but also citizen journalists – providing interesting multimedia content of all sorts, all the time.

A colleague of mine recently narrated an interesting observation. He said one evening he was sitting with his family – like families have been doing for centuries watching television. The news was on one of the leading Pakistani channels, but my friend was more immersed in his smart phone going through his official emails. His wife was busy with her iPad going over her Facebook updates while one of the kids was playing near-real video games on television in the adjacent room. No one was paying any attention to what was on the television. Is this the future of television in Pakistan too?

Maybe not now but of course the days are not far when low priced smartphones and cheap broadband will change our viewing patterns. I was invited to deliver a lecture by relatively new but promisingly Abdul Wali Khan University in Mardan recently to speak to the students about “contemporary media issues in Pakistan.” A prominent TV anchor and columnist Javed Chaudhry was the chief guest. My emphasis was that by and large Pakistani media, especially TV news channels are not investing, whatever small or big, profit they are making into improving the editorial and production quality of their broadcasts.

To my utter disappointment, Javed Chaudhry’s easy solution to my concerns was we shall all use our remotes to move away from news channels we don’t like. “Let them do what they want to do, if you are too concerned watch two lions and three lionesses on a channel,” he told a thousand young minds gathered in the hope to collect a few pearls of wisdom. Javed Chaudhry’s pointless utterances aside, I think Pakistan’s news channels have achieved a lot but still even more needs to be done to make them sound professional entities.

Firstly, TV market lacks credible and comprehensive data on viewing trends. At the moment most of news and program selection is down to a few people sitting in newsrooms to decide what viewers would like to see. No one knows what actually a typical teenager or a man in his mid-thirties would like to see and at what time. It will be difficult to be viable, if we don’t build our future on the basis of knowledge and not guesswork.

Secondly, it seems most news channels have left global news coverage to international channels. We do see some passing mention of big news but gone are the days when channels would, at least send their correspondents on international assignments if not have permanent bureaus in major world capitals. Pakistan’s overwrought relations with western and eastern neighbors, makes it impossible to have bureaus in Kabul and Delhi. We don’t get to see anything in detail on happenings in Afghanistan or India – maybe the Pakistani state itself is a culprit here too.

Back at home, the medium of television is a visual media – fascinating pictures accompanied by the right creative script can leave a mark on the minds of the viewers. Instead, what we are being fed is random pictures decorated with a boring script. Some channels have even stopped doing this. They now rely more on senseless graphics. This is all because the owners don’t wish to invest anything back into their output quality. Fear the day when the reporters would be done away with and TV channels relying heavily on graphics. The nation has been made addict of overdose of chat shows – the cheapest form of filing a broadcast hour.

Javed Chaudhry, in a bid to represent the owners, justified lack on investment in programming by saying to run a TV one needs Rs10 million a day, so they can’t afford it. But then if this is the case then why the same media owners have consistently been coming out with new channels? Initially, a small re-investment could start doing wonders not only for them but viewers as well.