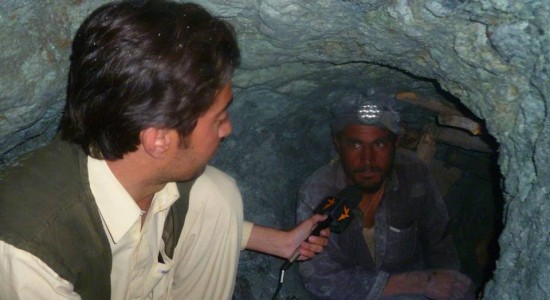 The last of the three series reports is about the changing voice of radio media in Pakistan.

The Changing Voice Of Radio Media In Pakistan

Why is that in Pakistan we have nearly three dozen TV news channels but not one full-time news radio station? Is the people’s perceived appetite for news only in vision? Television mostly covers urban areas, so what about the information craving of rural areas? Why is the major diet of around 120 FM radio stations throughout the country mostly music? Does news not sell on radio in Pakistan? The simple answer after years of observation is that investors because of “low visibility” are not ready to invest in radio in big way to come up with Pakistan’s first countrywide professional FM news channel.

Some FM stations such as Awaz Network, Power 99 and Samaa FM do include news in their output but that is far from adequate. They can’t be called full-fledged news stations. The only news station is Radio Pakistan’s output leaves much to be desired in terms of both presentation and news selection. Until full editorial freedom is given to its news operations, Radio Pakistan will continue to sound boring and illogical in news prioritizing as it is today.

“We’re able to cash in on only 40 per cent of the total advertisement available for radio. Almost 60 per cent is not being availed,” says Mohammad Irfan, the advertisement manager at an FM station. “There are different reasons for this and one being lack of appropriate quality programming. We (different FM stations) are competing with each other whereas the wise thing should be to help promote each other.”

Investors and owners acquire licenses without proper homework, through hefty biddings and hence do not allocate enough funds for creative programming that can provide returns for their investment. “The radio, it seems, in Pakistan is entangled in this vicious circle. It needs to invest more to earn more,” adds Mr Irfan who has a 10-year advertising experience.

A wrong impression that clouds radio’s growth in Pakistan is the impression that listeners’ numbers are dwindling. In the absence of a thorough research, such impressions are hard to fight. But a brief visit to Rawalpindi’s Imperial Market, famous for electronic gadgets – from cheap Chinese mobiles to shavers and expensive television sets, reveals a different story. An electronics shop worker Mohammad Faiz has been selling radio sets for the last 20 years. He told me the number has come down but only marginally. “If I was selling 90 per cent of my stock in a year, now I sell 70 per cent. The reduction is not much,” he claims. “People from villages still come for quality sets,” he told me.

The 20 per cent fall becomes inconsequential if you take into account the surge in sale of mobile sets having FM station capability. A mobile seller told me 20 to 30 per cent of his clients do ask and make sure they buy a mobile set with FM ability. Some people listen to radio on the internet as well. Once broadband packages are within easy economic reach and smartphones are not limited to a select niche, radio broadcasts are expected to pick up further.

Whereas encouraging trends show television journalism is somewhat maturing in Pakistan, radio journalism is still in its infancy. The government not being able to fully tame the TV news beast is reluctant to unleash another giant called radio, hence, reluctance in giving away news FM licenses.

Also, there is not much information available on the factors and dynamics of radio listener-ship in the country. Who listens to what and why? When do they listen to programs the most? Although this data has recently become available, its applicability in terms of the size of Pakistani market and what potential it possesses for the growth of the medium is still not clear, with a lot of advertising and programming decisions being carried out on speculation and intuition.

Last year, BBC Pakistan did carry out a general survey to understand the listenership habits of the Karachi audience, which led to some surprising findings. It was discovered that most people listen to the radio during 10 to 11 pm, most probably as then they want to relax. Another belief that most listeners accessed radio in their cars was found to be a myth as it is mostly cellular phones that people use to listen to radio.

This research has paved way for more nationwide surveys on radio listenership to further determine the trends and behaviors exhibited by radio listeners across different age groups. Hopefully, programming in the future will be planned according to the results of such surveys, bringing radio into the limelight it deserves.