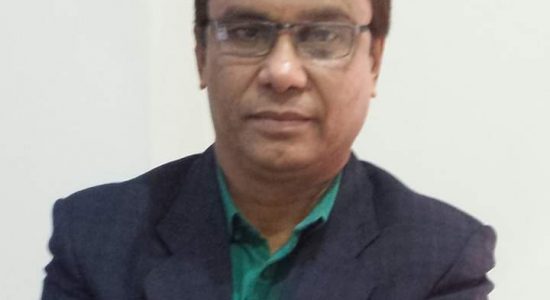 Institutions run by the government should not only be supportive but should help in providing a security blanket for journalists, President Karachi Press Club Imtiaz Khan Faran told Freedom Network in exclusive interview in Karachi in last week of June.

The following are the excerpts of the interview:

Freedom Network: Karachi is the media capital of the world. In your view, what are the issues that journalists in your city are likely to face?

Imtiaz Khan Faran: Since 2013, the situation has gotten much better and post 2016 most of the issues stand resolved. Earlier, Karachi was a city that was as difficult to handle as it is to handle a messed up society. We did not have any knowledge as the person standing/walking beside us is our friend or enemy. However, post 2016, the situation has gotten considerably better. We still do feel that over the course of the last five-six months, there have been incidents that have raised our eyebrows a bit. An incident took place with Amir Suhrawardi in Bahadurabad. One of our leading reporters from Daily Jang was kidnapped from his home. It was only after he was returned, that we got to know that there was a different story to this tale. Apart from this, there was an incident which took place at the Press Club in December. We think that the situation has deteriorated over the course of the last six-seven months. I personally feel the current mood amongst the journalistic fraternity is one of fear and anger – and this anger is boiling up.

FN : Who do you think is behind all these incidents? Why do these incidents not subside and what more can be done to reduce the risk and dangers faced by journalists?

Farhan: We might not be able to pinpoint exactly who is behind these attacks. Why are these attacks not subsiding? It is because we do not have the backing of anyone. We should be backed by our government – our governmental institutions. They should not back to support us but should back to protect us. You need to understand that there are zero journalists in this country who are working against the intentions of this country. If we receive any information or news, then we mark it out ourselves. Just because we hold our own opinion does not make us anti-government or anti-state. If this is true then anyone can be labelled as anti-state. I feel that our state should always be supportive of us. We cannot take law into our own hands – as we have pens in our hands.

FN: What steps can Karachi Press Club take to ensure the safety of journalists?

Farhan: Look – we are trying our best. We have regularly conducted seminars and workshops. We might live across the globe but when it comes to Pakistan, we try our best to ensure that nothing comes to it. Whenever or wherever we see any instances of an issue, we raise it up. We stay in touch with the security forces and try to be as much accommodating as we can to ensure that if an event takes place, we are there to help resolve it – at the earliest. However, I have a concern with the security department that if there are any concerns that they foresee they should have it reported to me or to my department at the earliest. We have worked in unison with them earlier and are hopeful of working together again as well.

FN: There are a few cases where initially journalists were abducted and then police cases were filed against them. What do you think that these cases of abducting journalists has had an impact on the journalistic community as a whole?

Farhan: I personally feel that not only fear – there is anger amongst the community. There are a few people who have been fearful of their lives and as I had told you earlier – abduction is never helpful for any cause. It creates unwarranted attention. You must have seen the newly downloaded picture uploaded by the ICJ which depicts that the fact that ‘Journalism is not a crime’. I personally feel that this peculiar case of abducting people and especially journalists should not be taking place. Our community will stand hand-in-hand with the authorities because we do not tolerate any anti-state or any anti-religious bias amongst us.

Farhan: I think that on a federal and provincial level, a committee should be formed that should consist of members of press clubs. As an example, there is an anti-terrorism network that is present. This network should ensure that fact that a grid is created amongst the journalistic community itself. We could prove fruitful for many institutions. We are told that there are a lot of groups present amongst us. What is the issue in this – I ask? Aren’t there any groups within the government? Aren’t there people part of the opposition or part of the supporters group as well?

FN: We have seen that recently journalists have had cases of cybercrime raised against them when they used social media to voice their opinion against the governments’ ruling. Do you think that the application of such laws will allow freedom of speech to continue in its usual norm?

Farhan: It is definitely in danger. I see the fact that 90 percent of the entire story is brought forward. It clearly means that I cannot write any columns/blogs that are critical of the government or share any content that is critical of the government’s current standing. If this was the case, then the state would have been after me. For those people who have been caught in this vicious circle, if we dwell deeper, a valid reasoning does come forward. If there is an issue raised on social media, then it should be investigated in detail or else many issues can flair up. Whenever there is a discussion within the parliament, there is a known policy that any law agreed upon cannot be challenged in court. Many sensitive departments tend to emanate suspicious news – then you’ll say that we cannot comment on them. We can always have a discussion on the selection of one’s words. Our words should be soft and tender. However, if we start treating this as a cybercrime issue it will lead to feelings of anger and frustration – rather than fear and apprehension, which I feel should not be the case under these circumstances. This is because Pakistan is monitored unlike any other country in this world.

FN: Do you think that the current federal and provincial government are doing enough to protect the rights of journalists and the press?

Farhan: Protect is a far off word – the government has not done anything thus far apart from making statements that something must have taken place. They are even placing the blame on each other and asking for elaborations. If we talk of Imran Khan, then for an experienced campaigner of over 22 years, he must know a lot of close men. During his bade days, all of us stood beside him. Even for Nawaz Sharif we stood beside him – in good and bad times. For Bilawal Bhutto and Maryam Nawaz it can be said that they do not have relationships with us that run deep. If we come towards organizations and departments, then we have long standing relationships with both people who are actually serving and people who have retired as well. I think that apart from the government even the ministries have not delivered what was expected from them – for the press and media. I am not saying this because the two of us are from the media fraternity. Even if you invent something, you’ll still need the media to cover you for that. The country is going through a lot and for that you will need the media for support. If a controlled media is brought forward then it will bring forward only one vision and the presence of two visions will lead to a selected vision. I personally feel that they should carry out their responsibilities in earnest – not just the government but all ministries and departments alike which will lead to a much better and positive result. For this I would like to quote Asif Ghafoor. He said something important that we should spread more. He said that had the media of today been present in 1971, there would never have been the possibility of a secession of East Pakistan. There would never have been a Bangladesh. It means that the statement put out by the DG ISPR clearly states that we should try and protect our media as much as possible and make sure that freedom of speech is made possible for all journalists alike.