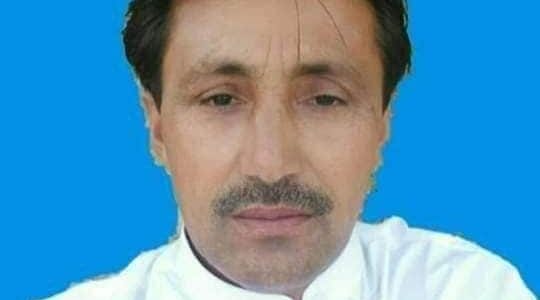 A social media activist in Barkhan district of restless Balochistan province was shot and dead on 23 July 2020 (Thursday evening) and a provincial government minister and his bodyguards were booked in the citizen journalist’s murder case.

“We are shocked at this brutal murder of citizen journalist Anwar Kethran,” Islamabad-based media watchdog organization Freedom Network said in a statement on 27 July 2020.

“The provincial government in Quetta must condemn this murder and make sure the accused minister and his bodyguards did not influence their positions to deny the bereaved family justice in the court of law,” the statement urged Balochistan Chief Minister Jam Kamal.

Anwar Jan Kethran, who highlighted social injustices and challenged powerful landlords on his Facebook and Twitter handles, was on his way home on his motorcycle when unidentified gunmen opened fire at him, his family confirmed to Freedom Network, Islamabad-based media watchdog.

The minister denies the allegation and says the late Kethran was “using social media platform to blackmail” him.

In his 12 July 2020 tweet (see screenshot below), late Kethran accused Abdur Rehman of “ruining” all government departments in his Barkhan district. 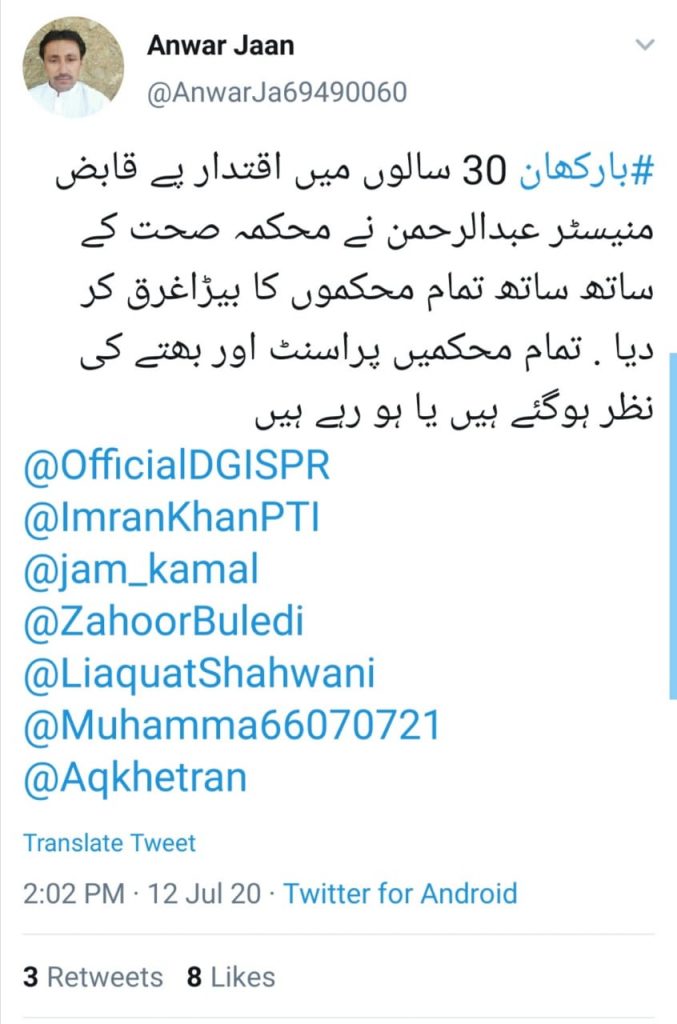 It is the first such murder of citizen journalist in Balochistan where citizens are taking to social media platforms as mainstream media of the country is not reporting Balochistan because of “self-censorship.”

“Both the accused in the FIR are bodyguards of the provincial minister, Abdur Rehman,” said the late Kethran’s brother. “The minister is also among the accused.”

The brother said: “The cause of my brother’s murder is journalism. The minister warned my brother to stay away from journalism.”

Akbar said: “I am sure Kethran was killed at the minister’s instigation. My brother received threats over telephone for writing on social media platforms.” He said his family was told to “stay quiet” otherwise would face “consequences.”