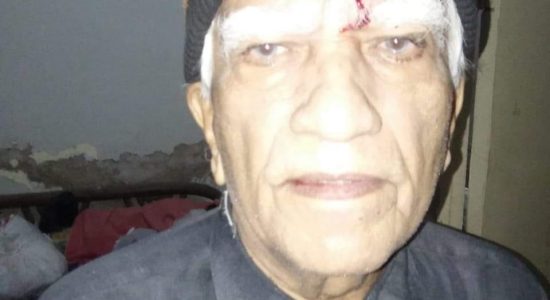 A social media activist is among 14 other journalists who faced different categories of threats, including kidnapping, detention, attacks, injuries, verbal threats and official ban were documented in all over Pakistan during January 2021 by Pakistan Press Club Safety Hubs Network programme, an award-winning civil liberty organization Freedom Network is managing since early 2016.

KIDNAPPING: Social media activist Abdul Basit Darwesh is reported missing while returning home in Karachi on 19 January 2021. His Facebook account had no fresh post since 18 January 2021. Freedom Network is trying to gather more information about the missing activist as whereabouts his family are being traced.

ASSAULTS: Zahid Farooq Malik, editor / reporter of Daily Metro Watch, was stopped by police from covering school teachers’ protest at D Chowk in Islamabad on 12 January 2021. The reporter said he identified himself as journalist and cops on duty did not listen to him pushing him back and resulted in falling on ground.

Senior police officials suspended the nominated cops after the attack on journalists was raised at the highest level through National Press Club Safety Hub and Rawalpindi-Islamabad Union of Journalists.

On 12 January 2021, Nadir Ibrahim, reporter of 92 News channel I Islamabad, was attacked at Jhugi stop near Punjab Bank in Bhara Koh Police station jurisdiction. Seven persons attacked him, the journalist said, adding that he was reporting encroachment in the area and the attack of result of his reporting. Police registered First Information Report. However, local elders intervened to reach settlement between the two sides.

INJURED: Veteran Sindhi journalist GN Mughal was attacked and injured during robbery at his residence in Hyderabad on 21 January 2021. The journalist writing op-ed pieces on political affairs of the province received injuries on his face. The robbers attacked him upon his resistance. Local police reacted to the robbery incident with senior officials visiting the journalist and assuring full support after Freedom Network highlighted the robbery incident through its social media platforms.

Munawar Hussain, 92 News reporter, and Noman Memon, reporter of Sindh TV channel in Mehrabpur, Naushahro Feroze district in Sindh province, received injuries when a landlord attacked them on 17 January 2021. The attack was result of news reports the two journalists filed on chicken fight in the area, according to their colleagues. The two journalists received injuries. However, they were not life-threatening. Police said the attack did not take place in Naushahro Feroze district and instead it happened in Khairpur district and the two journalists should approach police there. The attack case against the landlord has not yet been registered.

On 18 January 2021, video journalist Shahzad Nasir was on duty at Judicial Complex to cover the proceeding about murder of Barrister Fahid Malik case in Islamabad. As the three nominated accused appeared from the courtroom the journalist began making video of them. The accused attacked the journalist and injured him for making the video. Local police registered a case against the accused.

Verbal Threats: Vsh TV reporter Ahmed Nawaz Marri received verbal threats from district administration for reporting on problems Levy personnel were facing in Kohlu district of Balochistan province on 16 January 2021. The district press club announced boycott of the administration to mark its solidarity with the reporter. Local administration, meanwhile, began efforts to patch up with the agitating journalists.

On 21 January 2021, a senior officer of Punjab Police in Lahore in January 2021 hurled direct threat at Geo News channel’s crime reporter Ahmed Faraz for filing a report on “violation” of merit policy in transfers and postings the officer’s wife tweeted.

She removed the tweet after her high-ups expressed displeasure over making the issue public. Aisha Butt, who is SP-level officer of Punjab Police, tweeted that Punjab Police was “ignored” merit policy while transferring and posting cops. A complaint was lodged against SP Abdul Wahab with Punjab Police chief and Lahore Police chief about the attack on the journalist and verbal threat but no action yet taken against the accused.

Rauf Chandio, director news with Mehran TV channel, told Karachi Press Club Safety Hub coordinator Ghulam Mustafa that he received verbal threats on 21 January 2021. The “threatening audio call” is recorded by the journalist in his mobile phone. “I am not sure why these threat calls are made. Don’t know if they relate to my journalism work or not. But I think my journalism work is annoying someone who may be behind these calls,” the journalist said.

On 8 January 2021, Roz TV anchor Sardar Adeel Bashir said he received life threats after he ran a corruption story against Punjab chief minister’s advisor Sardar Tanveer Ilyas on his social media platform. He submitted an application with G9 Police Station for case registration. However, no case is registered yet against the accused.

BANNED: Deputy Commissioner South Waziristan Akhunzada Muhammad Yaha barred senior journalist on 25 January 2021 from entering South Waziristan Compound where the district administration is seated after he highlighted social issues through his social media platform. “You are not allowed to go in,” security personnel told the journalist at the compound’s closed main gate.

In five out of 14 threat cases, state actors were believed involved while in remaining cases political party, landlord, criminal gangs and unknown elements were suspected.