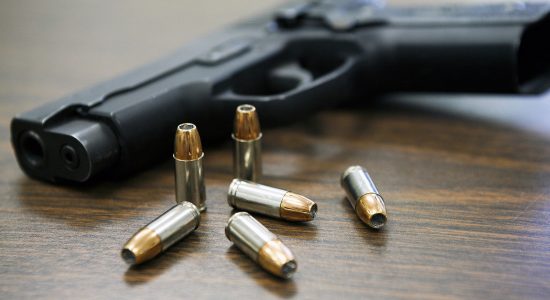 ATTEMPTS TO KILL: On 4th October 2020, in the vicinity of Saeedabad District, Sindh near Hala National Highway, President New Saeedabad Press Club Qambrani (reporter at Awaz TV), and his fellow journalists Riaz Kerio (General Secretary, New Saeedabad Press Club and reporter for Dharti TV), Abdul Jabar Solangi (news reporter at daily Sindh Akhbar), and Sahabat Sohail (reporter for Daily Mehran) were attacked by unknown assailants. According to the FIR registered at the local police station, the journalists were on their way home from the press club when they were stopped by unidentified men who baton-charged them and also fired shots at . Qasim Qambrani sustained heavy injuries and was shifted to Civil Hospital Hyderabad. “The attackers were about 12 people on motorcycles”, according to the journalists’ statements. Police registered a First Iinformation Report. The Karachi Union of Journalists (KUJ) and other journalists’ organizations have demanded the government for speedy redressal of the case.

Dr. Usman, head of local web channel “Kharri Gaal”, along with his son was fired at by unknown assailants on motorcycles on 19th October, 2020 near Maana Ahmdani in Dera Ghazi Khan. Dr. Usman and his son sustained bullets on their neck and hands, respectively. The assailants fled the scene after the attack. The injured journalist and his son were shifted to a nearby hospital for treatment. In the lodged FIR, the journalists asserted that the assailants had the intentions to kill him.

A Lahore-based senior journalist Shahid Rizvi, associated with an online journalism platform ‘Lahore Rang’, was attacked by two men on a motorcycle who tried to push him off his motorcycle, on his way home near Sutlej Block Allama Iqbal on 24th October, 2020.(9:20pm).He sustained a fracture on his hand for which he underwent an operation at the hospital. The journalist claims that attackers wanted to cause him more harm but he was able to flee the scene as people started gathering there. An FIR under TP 506/B (criminal intimidation with intent to cause death or grievous hurt) has been registered against unknown assailants. The reasons for the attack are still unknown.

KIDNAPPED: On 9th October 2020, a senior member and technical head of BOL media group Nabeel Farooq Jakhora was abducted from the Gulshan-e-Iqbal area in Karachi, Sindh province. The FIR (No. 590/20), registered by his father at the Aziz Bhatti Police Station, states that Nabeel Jakhora was driving back home from office with his co-worker Sabeeh-ul-Hasan at midnight. Initially, Nabeel was in touch with his family when he was near Hasan Square. The connection was lost after that.  According to the FIR, they were abducted in the Gulshan-e-Iqbal Area. The police tried to contact with them through their mobile phones due to which they were able to trace their location in Scheme 33, which is in the suburbs of Karachi. Nabeel’s car was found the very next morning at Sohrab Goth with all the belongings of the abductees present inside. Sindh Chief Minister Murad Ali Shah has ordered Sindh IG to submit the case report to him. The police has initiated investigations into the case. According to sources the media workers were picked up by intelligence agencies.

On 23 October 2020, senior reporter of GEO News channel Ali Imran Syed went missing after he aired the CCTV footage of Captain Safdar’s arrest from a hotel in Karachi. The Karachi Union of Journalists (KUJ) staged a protest against his abduction the very next day. The journalist came back home after 22 hours. He did not share any details of his disappearance nor did his organization release details.

ARRESTED: BOL News channel reporter Sher along with journalists Bakhat Khosa and Ghulam Mustafa were arrested while attending the farewell ceremony held in the honor of DPO Dera Ghazi Khan on 10th October in Dera Ghazi Khan district in Lahore. They were invited to cover the event on behalf of their respective media organizations. Due to the unavailability of seats, the journalists started protesting and chanting slogans. Upon which the DPO ordered the Elite Forces to arrest the journalists. Reportedly, the Elite Forces also tortured the protesting journalists while handcuffing them. The journalists secured bail after spending a day in police cell. According to FIR and sources, the DPO had a grudge against Sher Afgan as he had interviewed Ladi Gang for BOL News channel which, ultimately, was banned from telecasting. Nevertheless, Sher shared the interview on BOL’s social media and web channel which attracted thousands of viewers irking the DPO. The journalist received threats from the police after which Sher Afgan, who is also the General Secretary of Dera Ghazi Khan Press Club, banned the entry of police into the Press Club. The journalist had also published and aired many news pieces involving the police. This issue was, however, resolved amicably between the DPO and journalist later.

OFFLINE HARASSMENT: Haseeb Manzoor Bhatti, a reporter for Dawn News channel, was manhandled by a cantonment official on 13 October, 2020 in Rawalpindi. The official along with his team had raided a house near Haseeb’s residence in the cantonment area of Rawalpindi. They tried to allegedly abduct a young man from the house, upon which the Dawn News reporter reached the scene to make video. He also introduced himself to the official to which the reporter was threatened for reporting the case. The reporter is now receiving multiple notices as a resident of the area, which according to him, is a tactic to scare him into submission.

On 18 October 2020, a reporter of 24 News Channel Saba Bajeer was harassed by policemen while she was on duty at a lady-health workers’ sit-in on D-Chowk, Islamabad. Saba reported about the harassment she faced at the hands of police officials to the Islamabad Police chief. The police chief ordered inquiry into the case. However, the accused officer is enjoying impunity as the officials have hidden the identity of the culprits.

Saba informed Freedom Network that a BOL News reporter Amina Ali was barred from entering the D-Chowk for media coverage by the police. Nevertheless, she was allowed media coverage upon interference of fellow media organizations.

ASSAULT: Sanjay Sadhwani, a senior journalist working for Samaa News channel was beaten up by Pakistan People’s Party (PPP) workers while he was covering the Pakistan Democratic Movement (PDM) Jalsa near Mazar-e-Quaid in Karachi on 18October 2020. As he was covering the Jalsa from the women area, he noticed some women were being barred from going outside their designated area and as he was providing live coverage, some PPP workers took note of his activity and charged at him. Sanjay Sadhwani is also a fellow of the National Council of Environmental Journalists (NCEJ).

Kamran Khan, a senior cameraman at GNN News in Karachi, was also tortured by PPP workers Qadir Patel and Javed Nagori as both snatched his camera equipment at the PDM Jalsa. The cameraman was attacked by the political workers under the supervision of Javed Nagori at the outer gate. The management of GNN News channel contacted senior party leaders to complain about the incident, upon which they returned the camera but seized the batteries and memory cards.

LEGAL CASE: Deputy Bureau Chief of BOL News channel Mian Dawood was served a back-dated notice issued by the Federal Investigation Agency (FIA) Cybercrime Wing on 12 October 2020. The notice was issued on the postal address of his hometown where no one from his immediate family resides. Dawood says the reason for the inquiry has not been mentioned in the notice. The notification stated: “FIA Cybercrime Reporting Centre Islamabad is conducting proceedings (Enquiry no. 235/2020). You are well aware of the facts/circumstances of the said complaint. You are directed to appear before the undersigned at above mentioned address on 12 October 2020 at 11:00am. In case of non-compliance, legal action will be taken against you under section-174 of the Pakistan Penal Code 1860.” Dawood claimed that the notification was based a mala-fide intention as they sent the letter very late at a wrong address as to arrest him without giving him a chance to defend himself. The FIA has acted in a similar way in the past against many journalists and it is their modus operandi to put pressure on them to curb freedom of expression, added Dawood.

Pakistan Electronic Media Authority Regulatory Authority (PEMRA) stopped satellite transmission of 24 News channel on 20 October 2020 which was already barred from transmission through cable TV. The regulatory authority claimed it was an entertainment channel.

Threats, Attacks, and Harassment Against Various Types of Media:

As many as six print and eight TV journalists besides one online journalist faced these violations during October 2020.