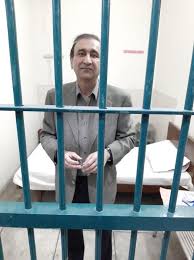 Arrest of an editor-in-chief of the country’s largest media group in alleged land scam, killing of a journalist’s guard, detention of crewmembers of a TV channel and harassment of journalists were documented during March 2020 under Pakistan Press Club Safety Hub Network, managed by media watchdog organization Freedom Network.

KILLED: A cop guarding journalist Sherin Zada in Swat district of Khyber Pakhtunkhwa province was gunned down moments after he escorted the journalist to his residence in Mingora city on 11 March 2020. “I think I was the target,” the journalist told Freedom Network over the phone.

Target-killing resurfaced in Swat district, former stronghold of Taliban. Journalist Sherin Zada, who works for HUM News TV channel, covered the anti-Taliban military cooperation very extensively and he was among the journalists Taliban were aiming to target.

ARREST: Mir Shakilur Rehman, the chief executive officer and editor-in-chief of Jang media group, was arrested in Lahore on 12 March by the National Accountability Court after he appeared for “questioning” in a decades-old property case which his group says is orchestrated to avenge investigative programmes his channel was doing.

The case of land transaction dates back to 1986 and Mr Rehman was visiting the NAB headquarters in Lahore on that day to answer investigators’ questions when he was arrested, the anti-graft body said.

The crew team was on its routine duty and busy in the area of Bana Mari to cover the situation of lockdown to stop spread of corona virus.

“We were busy in making video when the local police all of sudden appeared and showed anger at what we were doing,” they told Freedom Network. “They snatched our camera and asked to stop coverage. Later, they took us to Bana Mari police station and detained us without any justification,” Kashif Aziz said.

WRITTEN THREATS: Asif Ali Bhatti, general-secretary of Rawalpindi-Islamabad who is also senior journalist working with Geo News TV channel, was under threats from religious extremists for his opinionated articles in Jang newspaper and reporting, he told Freedom Network. The threats he received were via emails on 1 March 2020. The last time he received similar threats were 25 February 2020. “I am constantly living with threats and taking all precautionary measures I can take,” he said.

“I restricted my movement, changed residence and car as well as children’s school,” the journalist gave details of the precautions. “I received threatening emails both on my personal and official emails telling me ‘I am liable to be killed because I malign Islamic forces’ in my reports.”

HARASSMENT: Security forces raided residence of local journalist Bayzid Kharoti, known as Choti Chiria, to arrest him on 22 March 2020 after his report. The security force personnel attacked the journalist’s brother when he was making video of the raid, fracturing his both legs. The journalist was not present at his residence during the raid. “A few days ago, I wrote a column which they might not have liked, and that might be the reason for the raid,” the journalist told Freedom Network.

In another case of harassment, Zeeshan Dogar, correspondent of Rohi TV in Khanpur city in Rahim Yar Khan, was covering 31 March 2020 whether traders were following restrictions imposed by government of Punjab to get lockdown enforced to stop spread of corona virus when a trader Jameel and his fellows threatened alleging he was doing “biased reporting.” His mike with monogram of his channel was snatched harassing the correspondent and stopped him from coverage.

In three cases, police (two) and National Accountability Bureau (one) were involved while in one case trader community and in remaining two cases threat actors were unknown.