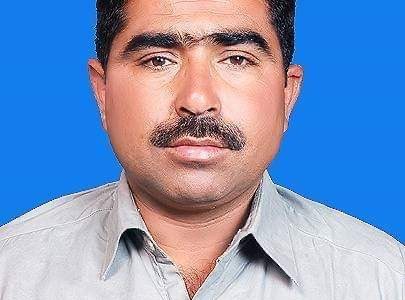 Sindhi-language journalist, Zulfiqar Mandrani, was shot and killed in Jacobabad district of southern Sindh province on 26 May 2020, local journalists and family confirmed on 28 May 2020.

“We are shocked at the murder of second journalist in Sindh province this year and demands Sindh Chief Minister Murad Ali Shah to take up fight against impunity for crimes against journalists and media as decisively as he is fighting COVID19,” Islamabad-based media watchdog and press freedom defender Freedom Network said in its Press Freedom Alert 28 May 2020.

“As the Sindh government is pursuing the murder case of Aziz Memon, we hope late Zulfiqar Mandrani’s murderers will be brough to justice at the earliest,” it said.

Local police said they arrested two persons – Riaz Hussain Daiyo and Nazir Daiyo – in connection with murder of the journalist and both accused “confess to killing the journalist in honour case.”

The family and local journalist community rejected the motive of the murder claiming since the journalist was reporting drugs business in the area he was target-killed.

“Some people called Mandrani to come to a pre-designated place to share news with him and as he reached there he was fired at,” said the family. The journalist was taken to a hospital in Larkana district where he succumbed to bullet wounds.

The deceased journalist’s father registered First Information Report with local police nominating a police cop and a few others saying Mandrani was “receiving threats” for his reporting on drugs business in the area.

Kawish News Network’s director news Ghulam Mustafa Jarwar told RSF that he could not believe that Mandrani was killed for honour. “The police is telling us what the two arrested persons have confessed. There is no investigation by police to find the real motive behind the murder,” he went on to add.

“We demand full investigation to know who killed Mandrani and why,” the KTN director news said.

Pakistan Federal Union of Journalists (PFUJ condemned the journalist murder and asked the Sindh government to end impunity for crimes against journalists and media in the province.