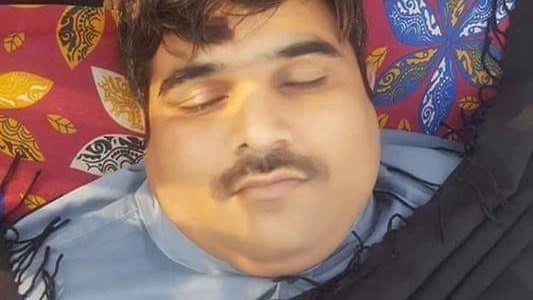 Hours after his story on arrest of alleged drug dealer was published in K2 Times newspaper in Haripur district of northwestern Khyber Pakhtunkhwa province, young journalist Sohail Khan was murdered – fourth journalist becoming victim of violence against media in Pakistan – on Tuesday (16 October 2018).

Two persons intercepted the journalist in Hattar town of Haripur district to spray his body with bullets leaving the journalist dead on the spot, said Raja Tahir, bureau chief of K2 Times newspaper in Haripur.

“Murder of two journalists in less than one-month time speaks volume of risks media-persons continue to face in Pakistan as the brutal murder of young reporter Sohail Khan is shocking and unacceptable,” Freedom Network said in its Press Freedom Alert on Thursday (18 October 2018).

“We join protesting colleagues of the slain Khan and journalists to demand immediate arrest of his killers and demand probe into reports that the hours before his murder that why police has not provided security when he visited senior cop apprehending attack,” it said.

Sohail Khan, in his 20s, was shot dead in Hattar town of Haripur district when two men, named in the First Information Report (FIR), ambushed him leaving the journalist died on the steering wheel of his Suzuki Carry at 3.45pm local time.

Raja Tahir spoke with Freedom Network and shared some details of the attack. “Armed men killed Sohail with a Klashnikov burst and the suspects have been identified in the FIR,” he said.

A story about arrest of an alleged drug trafficker by police was published with ‘Hattar dateline’ in October 16 edition of K2 Times newspaper and the arrested drug trafficker’s relatives were suspected in the deadly attack on the journalist.

Sohail Khan is the second journalist murdered in Haripur district after Bakshish Elahi – shot dead in broad daylight on 11 June 2017.

Former federal interior minister Chaudhry Nisar Ali Khan tweeted to disclose that the late journalist visited the senior police official the same day to request security as he apprehended attack after his story was published.

The story which is believed led to the murder of the journalist was based on a press statement police issued to report arrest of a local drug peddler. “The police is sharing information with local journalists through a WhatsApp group and journalist filing any report has to take himself responsibility for any consequence,” Raja Tahir said.

The Tuesday’s murder of Khan is the second such incident involving a journalist’s murder since Pakistan Tehreek-e-Insaf government took power in in August 2018. Murder of Abid Hussain, a journalist in Vehari district of Punjab province, was also linked to his reporting on drug trafficking.

He is the fourth journalist killed in Pakistan since January this year.

Sohail Khan leaves a widow and twins – a boy and a girl – to mourn his death.