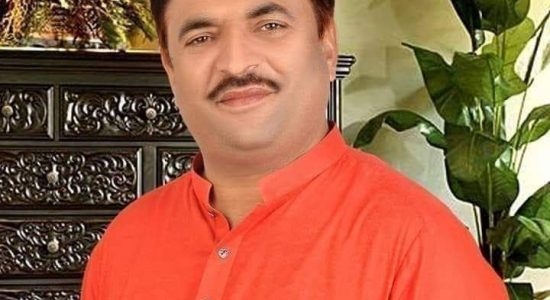 The Sindh High Court ordered local police to not register any case against a journalist without the court’s permission after he was dragged into over a dozen cases by police while police filed new case against another and notice and punitive action against a TV talk-show on ARY News channel by Pakistan Electronic Media Regulatory Authority (PEMRA) were documented during January 2020 under Pakistan Press Club Safety Hub Network, managed by media watchdog organization Freedom Network.

LEGAL CASES: on January 2, 2020, the Sindh High Court in Karachi restricted police from registering any more cases against journalist Ajeeb Lakho without the court’s permission. A two-member bench comprising Justice Muhammad Iqbal Kalhoro and Justice Adnanul Karim was hearing a plea challenging the registration of 17 cases against the journalist.

The counsel for the petitioner maintained before the court that Lakho was “being targeted” and cases were registered against him to “avenge the publication of news regarding senior police official in Sukkur district of Sindh province DIG Iqbal Dara.” The counsel appealed to the court to order the provision of security to Lakho, who hailed from Gambat taluka in Khairpur district and was visiting Karachi for the case proceedings.

Sukur police registered some 17 cases against Ajeeb Lakho and some 54 other journalists under Anti-Terrorism law.

Ajeeb Lakho, belongs to Gambat city of Khairpur district and was working as reporter for Sindhi newspaper Koshish of Kawish Group. Now he is working for daily Jurat newspaper of Karachi.

Ajeeb Lakho told Freedom Network that he published news against DIG Sukur Iqbal Dara, for allegedly being involved in Iranian oil smuggling. “I am facing now some 17 cases against and other journalists in the last five months in different police stations of Sindh province,” he said. Local courts cleared the journalist in 12 cases and only five cases are pending in different courts against him.

The case was registered in PS Dolatpur of in Shaheed Benazir Abad district, previously known as Nawabshah, and charged him with “attempt to murder” and “robbery” against journalist Ashiq Jatoi.

In interior Sindh, journalists are dragged into legal cases to discourage them from reporting against police and landlords who are accused of “undermining” press freedom in the rural areas of the province.

Noted critical journalist Akhlaq Jokhiyo was target of both Sindh Police and landlords. In interview with Freedom Network, he said: “In Sindh, the feudal system has almost finished but feudal mindset has not changed. They cannot accept anything which goes against their will and liking so they always create hurdles for the journalist community.”

Pakistan Electronic Media Regulatory Authority (PEMRA) served notice on AbbTakk TV channel for airing inappropriate/irresponsible conversation while banning “Off the Record” talk-show of Kashif Abbasi on ARY News channel for allowing a guest speaker Faisal Vowda, who happens to be a federal minister, to bring a shoe to show and putting it on table to degrade political rivals. However, the show was allowed to go on-air as behind-the-scene rapprochement was believed reached between the two sides.

One print and one TV journalist faced legal cases during January 2020.