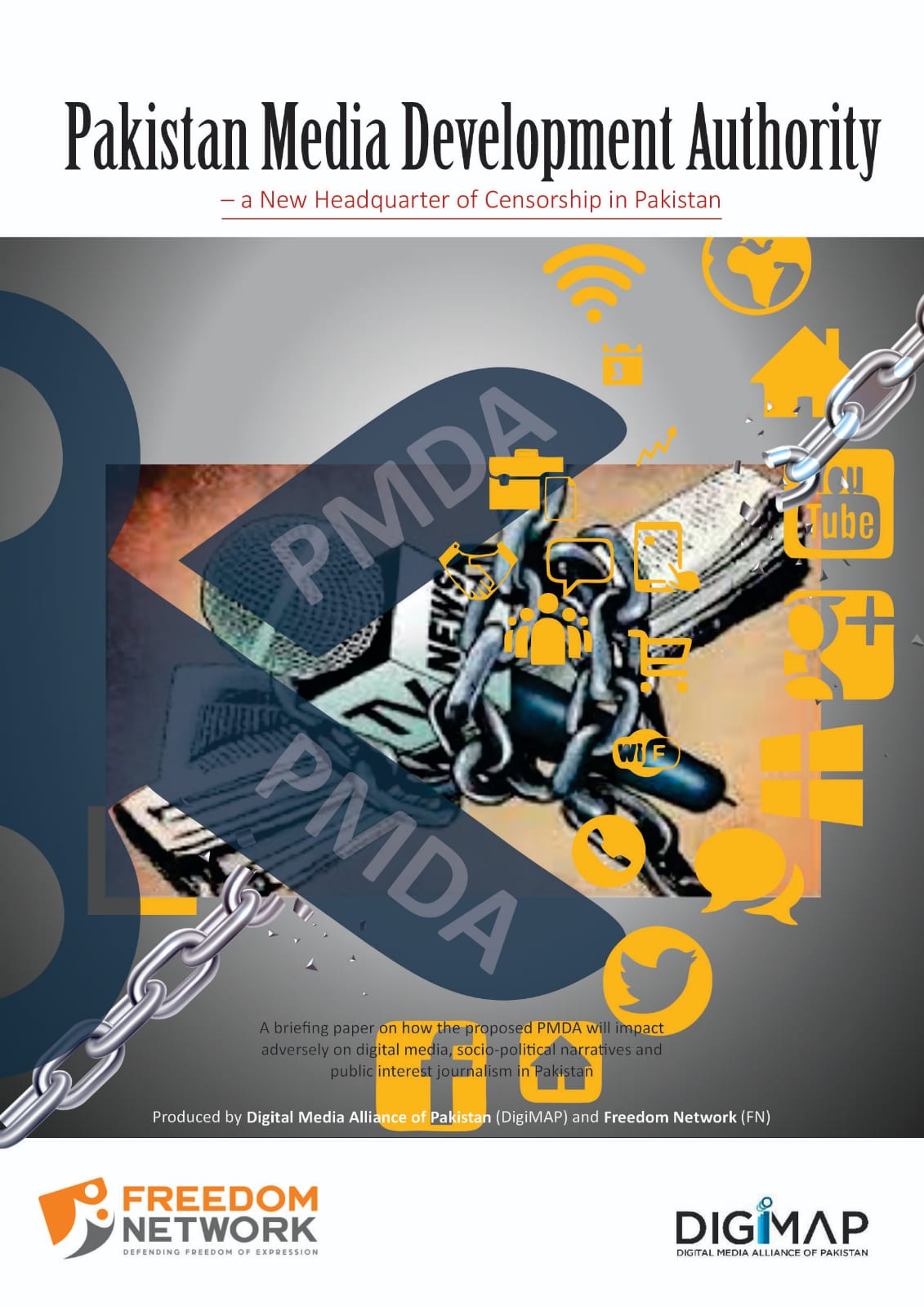 The briefing paper identifies the problems with the proposed Pakistan Media Development Authority (PMDA) as well as its potential impact on the media industry. The government proposal to establish the PMDA has already been rejected by all representative bodies of the media industry, civil society organizations and human rights groups.

According to the paper, the PMDA is also likely to restrict freedom of expression and the right to information in the country, discourage diversity and inclusivity in media coverage and deter the media from pursuing its public interest mission.

While the proposed regulator might expand the government’s powers to impose censorship on the media, one of the most affected sub-sectors is expected to be the digital public interest news media. The PMDA proposal “poses a serious threat to the emerging ecosystem of independent public interest digital journalism,” according to the paper.

The paper states that the PMDA proposal will decrease media independence by allowing direct government control of the regulator through appointments, link public sector advertising with regulatory compliance to create a financial control over the media and expand the list of critical topics to be considered off-limits for news and analysis.

The PMDA also aims to regulate the online conversations of citizens by lumping social media with the formalized news media, according to the paper. It will increase the legal intimidation of the media and shift the burden of defense of online expression to journalists and citizens, undermining any protections offered in the draft bill on the protection of journalists, the paper adds.

PMDA provisions related to media tribunals and content regulation also appear to be in contravention of Article 10-A (right to fair trial) and Article 19 (freedom of speech) of the Constitution, according to the briefing paper.

The net likely outcomes of PMDA are that it will become a political engineering tool to intimidate legacy media and manipulate digital media and it will eliminate diversity and inclusivity from the socio-political narratives on Pakistan’s digital media.

The briefing paper also includes a survey of independent digital media outlets that produce public interest journalism. According to the survey results, most of these digital media outlets believe that the PMDA proposal is troubling for Pakistan’s media landscape and will negatively impact digital news media by increasing the powers of the authorities to over-regulate.

A majority of the survey respondents said the PMDA will lead to stricter curbs on individual freedom of expression, increase the vulnerability of journalists to legal persecution and create more hurdles for news reporting on governance and government accountability.

The briefing paper recommends that the government should permanently shelve the PMDA idea. It demands that all media related laws, including regulatory laws, must be reformed and brought in consonance with national and constitutional guarantees and best practices for media freedom.

The paper also demands that the government must take steps to put an immediate end to the demonization of media, harassment of journalists and crackdown on freedom of expression in the country.

About DigiMAP: The Digital Media Alliance of Pakistan, or DigiMAP, is a collective of non-legacy independent digital media startups with a shared mission of upholding the values of democracy and promoting free speech, diversity, pluralism and inclusivity in public media. It represents the emerging ecosystem of independent digital public interest journalism outlets in Pakistan and currently includes 13 media companies.