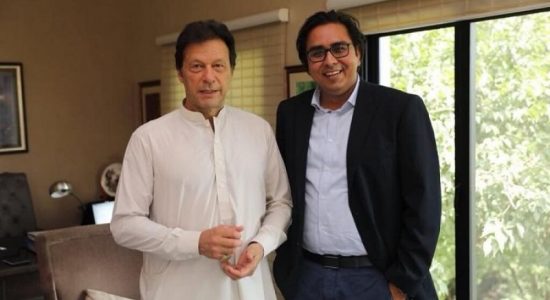 Sindh tops the list with six cases and followed by Khyber Pakhtunkhwa registering three cases while Balochistan two cases. A single violation was recorded in Azad Jammu and Kashmir.

ATTEMPT TO MURDER: Journalist Jamil Mehar, working for Daily Koshish newspaper, survived early morning attempt on life near his residence at Lakhi Ghulam Shah on 2 June 2020 in Shikarpur district in Sindh province. He told Freedom Network that tow motorcyclists opened fired on him and he was injured. The journalist was rushed to civil hospital in Sukkur Sukkur district for treatment. Police station Chak registered First Information Report No 10/2020 the next day of the attack – 3 June 2020 under Sections 324/ 114 / and 34 of Pakistan Penal Code against unknown accused.

Deputy Inspector General Police Larkana Irfan Baloch constituted a four-member Joint Investigation Team. The JIT, however, reached at no conclusion yet. Unknown accused are still absconders, according to police. Jamil is senior vice-president of Shikarpur Union of Journalists.

ARRESTS: Journalists Abdul Mateen Achakzai of Khyber News TV channel and Saeed Ali Achakzai, who works for Samaa News TV channel, were tortured after their arrests by district administration under 3 Maintenace of Public Order law on 20 June 2020. They were sent to notorious Machh prison in Balochistan. Both wer ereleased on 23 Juen 2020 with torture signs on their back. The journalists reported protest at a quarantine centre in border town Chaman.

Mateen Achakzai told Freedom Network: ‘‘I highlighted and reported about the irregularities at quarantine centre in Chaman. This was my sin.” After strong reaction from Freedom Network, Reporters Without Borders and Pakistan Federal Union of Journalists Balochistan Home and Tribal Affairs Minister Mir Zia Langove and MPA Asghar Khan Achakzai assured protesting journalists that action would be taken against those officials who were involved in the incident. Mr Langove said Chief Minister Jam Kamal Khan Alyani had taken notice of the incident and ordered an inquiry into the journalists’ arrests and torture.

DETENTION: Crewmembers of to Such News TV channel comprising reporter Wajid Shahzad and cameraman Arsalan Khan were detained by traffic police during official duty in Tehkal Area of Peshawar district in Khyber Pakhtunkhwa province 26 June 2020. The journalists were covering public protest against police torture of an Afghan national Amer. During the coverage, the traffic police stared beating the Such TV team and later took both to a police station and detained. The crewmembers were freed after Peshawar Press Club, partner of Freedom Network in Pakistan Press Clubs Safety Hubs programme. The senior police officials ordered inquiry in detention of the journalists.

On June 5, 2020, Adviser to Prime Minister Imran Khan on political communication Dr Shahbaz Gill tried to harass senior News One TV Channel reporter Khawaja Kashif Rafique, who put the advisers two questions, during a press conference at Press and Information Department in Islamabad. The reporter first asked the adviser about his dual nationality and charges of sexual harassment by his student in Quaid-i-Azam University, Islamabad. The advisor got angry and used abusive language “Kia tum nain mujhy rishta dena”. The advisor accused the reporter of being “lifafa Sahafi.”

Journalists covering the press conference responded angrily to Dr Gill’s abusive behaviour staging protest. PTI MNA and media coordinator of PM Ali Nawaz Awan took up the issue and contacted journalist representatives and requested for arbitration. The Advisor tendered his “apology” to sort out the issue.

LEGAL CASES: Journalist Mudassir Ghafoor, who works for online news portal www.thepakistanurdu.com was summoned by Federal Investigation Agency’s cybercrime cell in Karachi  17 June 2020 to appear before the Investigation officer( IO ) inspector Muhammad Salim Rind for inquiry No 140/20202 in a matter of social media. Mudassir Ghafoor told Freedom Network to seek legal opinion. The complainant was Karachi Mayor Waseem Akhtar who was irritated by a video the journalist posted on his social media account.

The journalist was working on an investigative story regarding land for an oil Terminal in Karachi, supervised by Ali Haider – brother of Haider Abbas Rizvi of MQM  and Waseem Akhatr is also associated in his story. However, the mayor moved FIA against Mudassir for three months old viral video. He recorded his statement under Section 174 of Pakistan Penal Code before the investigation officer.

Senior Sindhi journalist Akhlaq Jokhiyo was arrested 3 June 2020 for alleged “bad comments” on  murder case of fellow journalist Aziz Memon on Social Media. On orders of a judge, an FIR No 100/2020 was registered against him under Section  500/ 501/and 506/2  of Pakistan Penal Code. The FIR was lodged on 2 June 2020. He was locked up in Mehrabpur police station. He appealed appealed against this case in sessions court of Naushehro Feroz stating that in this case police do not have powers to register an FIR against him. The court granted the journalist bail on 5 June 2020.

Some lawyers moved court for contempt of court case 30 June 2020 against Dawn News channel correspondent Tariq Nikash in Azad Jamu and Kashmir for his 17 June 2020 tweet: “When judges are appointed on the base of locality, Baradri, and on other affiliations then the decisions would be subjective rather objective”.

The AJK High Court summoned the journalist to respond to the lawsuit. The Journalist submitted his response to the lawsuit and court order is awaited.

Click below link to read May 2020 threat data analysis: