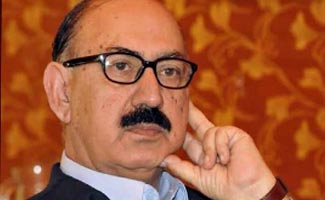 Freedom Network spoke to the government to find out how the new code of conduct was formulated for Pakistan Electronic Media Regulatory Authority (PEMRA) recently to enforce it on the electronic media. A number of questions are being raised about the first-ever code agreed to by the news channel owners and the government. A former senior columnist and now adviser to the prime minister on media, Irfan Siddique, spoke to the Freedom Network, Pakistan’s first media watchdog organization, in details.

The following are excerpts from the interview:

Freedom Network: Is the media code enforced on August 19, 2015, half cooked and finalized in haste?

Irfan Siddique: No the impression that it was enforced in a hurry is totally wrong. It was ready for a long time. It was enforced after consensus on each single point. The prime minister has assigned me the task to prepare code of conduct more than a year back. We had been engaging the media owners since then and started a long process of consultations. The owners went away half way through the negotiation on certain reservations. But the Supreme Court’s recent interest and orders helped us get together again and finalise this draft. In fact, the court endorsed it after both parties appeared before it and said they are happy with the finalized draft.

FN: What were the owners’ reservations? Why did they leave half way?

IS: They were not happy with the regulatory body PEMRA’s involvement or giving it powers to fine channels etc.

FN: Within the media industry some allege that the media owners allegedly flout media rules and ethics. How will they be able to make sure that it is enforced?

IS: This documents is a kind of memorandum of understanding between the government and channel owners.

FN: So this is a “muk mukka (mutual understanding)” between the government and the owners. Neither the working journalists nor PEMRA, they say, are consulted?

IS: PEMRA comes under the Ministry of Information. It is its sub office. So when the ministry is represented therefore PEMRA is represented. There was a demand from the owners’ side that why they are being made responsible for the acts of journalists or anchors. They should be brought under this code as well. But I told them that they don’t come under this and when we have not consulted them it’s better not to bring them in this. We wanted to make the owners take responsibility for them. We told them if a journalist or an anchor errs we will hold you responsible.

FN: The consumers who hear and bear these channels, who are affected by them were not heard in making of this code. Were they heard?

IS: I’m a consumer, you’re a consumer. The government represents them. I’m monitoring the reaction to the code in the media, and 80 percent people are happy with it. If we’re able to enforce 50 per cent of the code in its real sense the society will be very happy.

FN: Some people suspect that through this code the government has put restrictions on journalists? Such as no entry into an area of operation unless you have permission of the law enforcing agency?

IS: These restrictions were included for the safety of the journalists. Unlike abroad, where newsmen would stay away from area designated by the LEAs in Pakistan journalists think they can barge into any area. If there was any input from security agencies, the military, the government or Ulema but the thing is those who have accepted it have no issues with it.