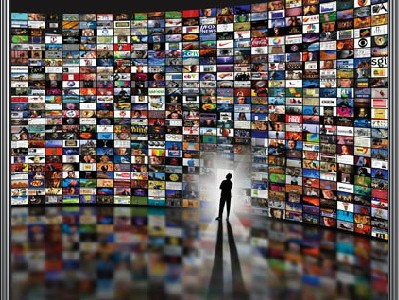 Freedom Network has expressed serious concern over some aspects of the recently introduced code of conduct for media on August 20 by the Pakistan’s Electronic Media Regulatory Authority (PEMRA) as the code appears to give the authorities an excuse to impose censorship in the country.

The code came into effect immediately on the orders of the Supreme Court of Pakistan.

“The hastily enforced 13-page code of conduct raises some very serious issues about media freedoms in the country ravaged my militancy for the last over a decade,” Freedom Network [FN], Pakistan’s first media watchdog organization, said on September 6, 2016 in a statement.

The organisation opined that it’s not the judiciary’s job to dictate on administrative matters. “Yes, we know that to stop further decay in Pakistani media a code was desperately needed but this should have come with the mutual consent and consensus of all stakeholders – journalists, media owners, the government and the regulator but most importantly the consumers,” FN said.

The enforced code was agreed to by the media owners and media managers.

FN stands to work for a media free from all kinds of repressions come either from the state and non-state actors’ sides. However, strong adherence to code of ethics to promote free and responsible media in Pakistan is what FN is striving for.

The statement states that in an ideal world the code should have been formulated initially from the consumers’ perspective and then finalised by the media and the regulator. “But it seems the government under pressure from the Supreme Court went with enforcing rather a half-cooked document.”

It referred to statements from some senior journalists and Pakistan Federal Union of Journalists (PFUJ) already declaring the code of conduct as “unsatisfactory” and its some points as tantamount to “gagging” freedom of expression.

“Instead of forcing enforcement of the code, the court should have given ample time to the regulators to get all stakeholders’ input. After all it’s the consumer who was and could be at the receiving end,” the statement read.

The FN welcomes parts of the code that come hard on hate speech, protection of children, copyrights, conflict of interest, slander and libel. however, other points lead to serious censorship on part of the government.

Some clauses such as Section 8 (10) stating that “coverage of the activities in conflict zones are carried out in accordance with the guidelines issued by the concerned law enforcement agencies” was a matter of concern for FN.

“No-one knows what these guidelines are and leaving it to the security agencies to decide would be dangerous a dangerous step to take,” the statement said, adding that Section 8 (12) restricting entry of journalists in areas where security forces are carrying out an operation was no less than a censorship on movement of journalists. “Independent journalists have always taken dangerous trips to get to the truth and this condition could hamper in getting to that truth.”

The statement said that Section 3.1 regarding Islamic values, ideology of Pakistan and founding fathers is vague, and will lead to censorship of legitimate expressions. Also the code restricts legitimate criticism of the judiciary and the army. “Then there are loose terminologies used such as fair account, serious issue and credible information. The question is who decides what is a serious issue, a fair account or credible information? It can’t be left to loose interpretations.”

Again in Section 3(3) statements of all proscribed organisations or their representatives/members have been barred from being aired. This does not leave space for legitimate lawyers representing such organisations.

The FN calls on the federal government to immediately start a consultation process to ensure inputs from all stakeholders so that a consensus code of conduct is evolved. The FN points out that the regulator needs to be made accountable for ensuring the implementation of this consensus code.