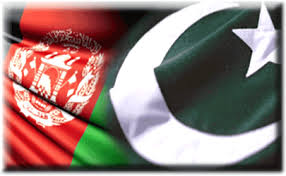 Pakistan and Afghanistan share commonality in terms of threats to media and its practioners and both countries are making efforts to mitigate these problems. Can Pakistan and Afghanistan work together to learn from each other’s experiences while striving hard to ensure safe and secure environment for independent and investigative journalism?

To find answers to this and other questions, Freedom Network [FN], Pakistan’s first media watchdog organization, speaks to Mr Ilias Alami, who is dealing with journalists’ safety and security issues in Afghanistan for last many years. He is the operations manager of Afghan Journalists Safety Committee (AJSC) – A network of journalists and civil society activists to protect the rights of journalists and advocate for cases of violence against journalists established in 2009 after the UN conference on Media in Kabul, during the second International Conference on journalists’ safety and security in last week of January this year.

The AJSC is doing wonders by helping journalists in distress across Afghanistan where security and law and order situation is not different from that in Pakistan where media and its practioners are under extreme pressure to work.

The following are excerpts:

FN: What are the three biggest challenges facing media in Afghanistan?

Ilias Alami: I would say impunity is the biggest challenge. Twelve years since democracy in Afghanistan and we still have a lot of violators and perpetrators of violence against media – it comes from government, from insurgent groups, from warlords who were active during the civil war. There is no established system or mechanism whereby journalists and media can seek justice against the violence they are subjected to.

Before 2001, we didn’t have vibrant media – just the state-owned radio that was for the propaganda of Taliban. The second biggest challenge is that in the 12 years the size of media has grown exponentially – more than 75 TV channels, thousands of newspapers and journals and more than a 100 radio stations but quality-wise, we don’t have enough professionals to run them. Journalists often face threats to safety and violence because they are not professional in journalism practices and that is a huge problem.

FN: What lessons can Pakistan learn from the Afghan experience in media safety?

Ilias Alami: Unity is the main thing. Journalists face violence but don’t get support, are not even named by media outlets other than their own when cases of violence happen. We have to stand together, unite against the perpetrators. There has to be a mechanism in place to come together. We don’t have the guns, we don’t have an army to fight them. But we have the airtime, we have platforms, the pen and the paper. And the strongest battle is that of voices coming together.

Sharing experiences help us a lot. There are things that are new for Afghan journalists and other that are new for Pakistani journalists. So, if we get together, we can learn from each other, remove misconceptions, work towards peace – and it doesn’t just help the journalists but also the common people.