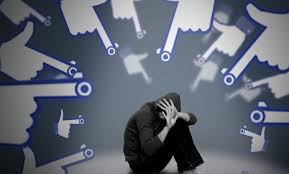 Social media has changed life. It has changed the world – for better or worse. Today is the age of social media. World, specially the younger generation ranging from 16 to 36 is increasingly switching to digital modes of communication and expression.

Billions of people are following the social media platforms such as Facebook, Twitter, WhatsApp and a number of other apps. The reach of digital media has, at the same time, made it a powerful tool. As all other past inventions and tools are used to steer both positive and negative agendas, so does the social or digital media. In a constructive manner as it brings life changing information to people’s palmtops to improving their lives, it also brings with it toxic content ruining individual lives.

The spread of fake news and the defaming content is the worst kind of harmful outcome through social media in today’s life.

Although everyone may adversely get affected by the spread of untrue but dangerous content, but the social media has given an unprecedented rise to hate and harassment against women generally everywhere and particularly in Pakistan.

The situation has become so dangerous that this trend has affected the life of many prominent and well known faces of the country. Not only these women are the target of hate content, but wild allegations attempting to tarnish their image and reputation keep flying without any check.

Not only that reputation of the targeted person(s) is destroyed with baseless allegations, but the family members and friends have to go through an uncalled for pain and social embarrassment.

Not content with the spread of fake news, the targeted women are issued threats endangering their lives, questioning their faith in religion and their commitment with the county and through a digital trial they are conveniently declared kaafirs (non-believers) and ghaddars (unloyal to a country/nation) and hence ‘liable to death or rape.’

The most unfortunate aspect of this is that in a number of cases this is done through concerted campaigns against the targeted women primarily because of their independent views about social and political matters.

Well, yes, the law is there but the implementation is as weak as it is possible in any third world country. This aggravates the crisis as there are elements within our society which are violent and do not hesitate to take the law into their own hands rendering these targeted women’s lives in harm’s way.

The solution of this important issue lies in the proper implementation of laws of the land which gives protection to women against online harassment and threats. Unfortunately, the Federal Investigation Agency’s Cyber Crime Wing has not been very successful in implantation of the law to protect women from online harassment as the campaigns are run through fake accounts linked to powerful but untouchable lobbies which want their own agenda and narrative implemented by suppressing independent voices through fear and coercion. This atmosphere of fear is affecting the women more than anyone else in our country.

Second, to stem this rising menace is to create awareness about women rights. Unless people, especially young ones are more active online, learn to respect women and their views, mere implementation of law wouldn’t help curb this trend permanently.

Having gone through worst kind of online harassment, I strongly feel that the parliament, judiciary, executive, media and the civil society must work hand in hand to eliminate the online, and offline, harassment of women in Pakistan.

The author is TV journalist and hosts talk-show programme on Aaj News TV. She contributed this blog exclusively for Freedom Network.