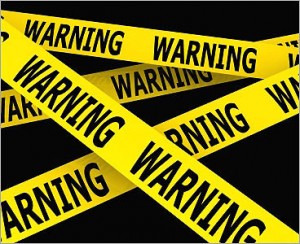 October proves one of the deadliest months for journalists’ safety in Pakistan. A working journalist and a media assistant were killed, a district reporter remains in “custody” of a military-led intelligence agency facing charges over “suspicious calls” since October 14 while a senior Abbottabad-based journalist is recovering from wounds inflicted during an attack on him as the government of Prime Minister Nawaz Sharif announced support for the UN Plan of Action on impunity of crimes against media in Pakistan during the month of October.

January was the deadliest month of 2013 when three journalists were killed in a single attack in Quetta city.

Reporter Ayub Khattak, working for national and Karak-based newspapers, was gunned down near his residence in Karak district of northwestern Khyber Pakhtunkhwa province days after he ran a story on activities of drug-peddlers in his area. No arrest has been made despite the slain reporter’s son nominated the accused.

Gul Sher Khan, meanwhile, was driving the crew of a morning show of ARY News when a group of people had beaten him to the death in Karachi. Police took prompt action arresting some of the accused and recovering the snatched vehicle of the 24/7 TV news channel. The murder case of this media assistant is under-trial in a lower court in Karachi.

Muhammad Zaib Mansoor works in Dargai town of Provincially Administered Tribal Areas and he is “missing” since October 14 and his colleagues confide to Freedom Network [FN] that military-manned intelligence agency is holding him over the charges that he is allegedly involved in some “suspicious calls.” The military officials who told the missing journalists’ colleagues said the reporter is being probed for these calls. However, these officials did not explain he made or received these calls.

It is for the first time the military officials privately acknowledged holding a journalist.

It appears different groups ranging from state actors to political forces, criminal gangs, mafias and pressure groups are staging attacks on the media for more than one reason.

Despite multiple attacks on media October has also set agenda for all media stakeholders on a single platform with one of key stakeholders – the government – committing itself to supporting the UN Plan of Action on impunity of crimes against media in Pakistan. “If journalists cannot be safe, media cannot be safe:” Federal Minister for Information Pervaiz Rasheed told anti-impunity moot In Islamabad on October 8.

The following are timelines of October attacks:

Oct 4: Tribal journalist Lal Wazir is freed by his captors.