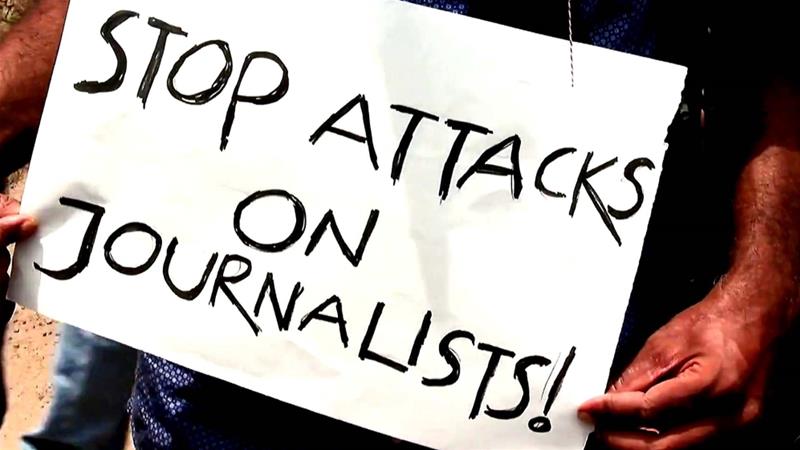 ISLAMABAD, 29 June 2021: It has been more than a month now since YouTuber Asad Ali Toor was attacked inside his apartment and broadcast journalist Absar Alam was shot at near his residence in Islamabad but police reported little progress so far on clues leading to arrest of attackers while Geo News channel has not yet completed its internal inquiry into Hamid Mir’s controversial speech on 28 June 2021 outside the National Press Club in the federal capital.

The management of Geo News channel took Hamid Mir off air on 29 June 2021 before issuing a statement on 01 June 2021 to justify the decision while allowing editorial committee and lawyers to “check for violation of policy and law.”

“Lack of progress on attacks on Absar Alam and Asad Toor must be frustrating for the victims. We share their frustration and demand that the Islamabad police meet their expectations and take due course to apprehend the attackers and their abettors,” Islamabad-based media watchdog Freedom Network said Tuesday – 29 June 2021 – in press release.

It also expressed concern that the internal inquiry of Geo News management was taking longer than expected time to let its viewers if Hamid Mir’s speech outside the channel’s premises was any policy and law violation. “We demand Hamid Mir should be allowed to resume hosting his show if he has not violated any policy and law,” the press release said.

“The police must act to make Islamabad a safer city for journalists. No progress on arrests of attackers will encourage perpetrators of crimes to plan and execute another attack on another journalist in the city,” Freedom Network apprehended.

Absar Alam survived 20 May 2021 an assassination attempt in Islamabad when a gunman opened fire at him near his residence. CCTV camera footage showed the attacker and Federal Minister for Information Fawad Chaudhry ordered investigation but police made little headway to help end impunity for crimes against journalists and media.

Six days later, YouTuber Asad Toor was attacked inside his apartment in heart of Islamabad and CCTV footage showed three men exiting from his apartment after subjecting the journalist to torture and wounds. Such brazen attack on the journalist invited criticism of the government and major opposition parties alliance – Pakistan Democratic Alliance – leadership visited the journalist to express solidarity with the media.

Mainstream media quoted Federal Minister for Interior Sheikh Rashid as saying on 1 June 2021 that authorities “are close to identifying who attacked journalist Asad Toor.” The statement did not follow by any action on part of Islamabad police, the press release said.