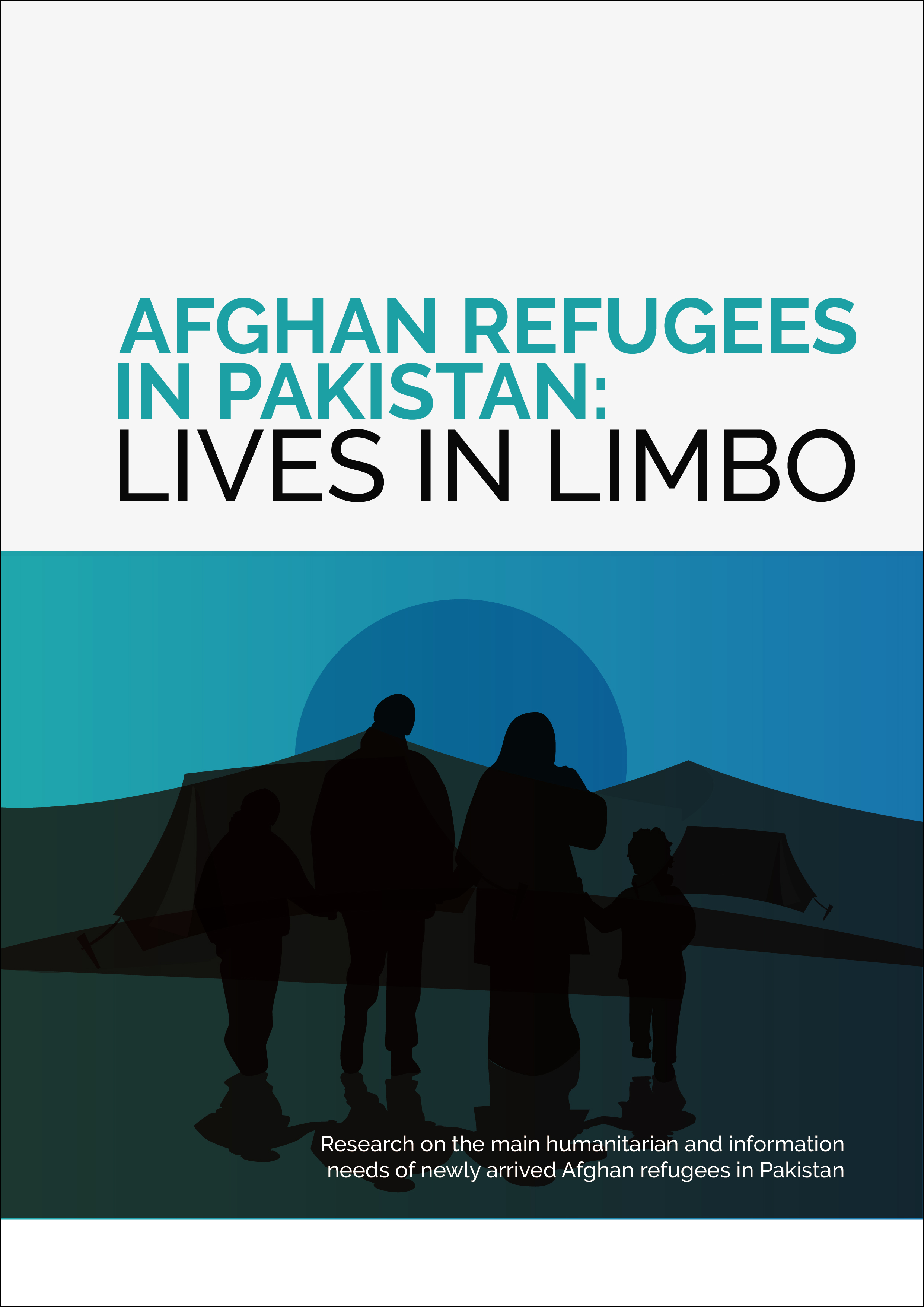 ISLAMABAD, 01 June, 2022: A research study conducted by Pakistan-based media watchdog Freedom Network in cooperation with DW Akademie, has found an urgent need for extending humanitarian information to Afghan refugees in Pakistan who fled Afghanistan after the political developments in Kabul in the late summer of 2021.

“The survey points to an urgent need for filling information gaps these newly arrived refugees pointed out in this survey. Information is life and we must protect these lives by providing information they need in time of dislocation. Information is vital while extending any humanitarian assistance to these refugees,” Iqbal Khattak, the Executive Director of Freedom Network, said while releasing the research study on Wednesday – 01 June 2022 .

Earlier, Freedom Network released a similar research study – “Afghan Exiled Journalists in Pakistan: Lives in Limbo.” The surveyed journalists expressed an urgent need for humanitarian assistance as well as ways and means to resume journalism while in exile.

Sixty-three percent of Afghan respondents said they were using internet to access current information while 58 percent radio for this purpose, according to the study. Only 21 percent were watching television and 16 percent reading newspapers for getting news about Afghanistan.

The collapse of the Afghan government under Ashraf Ghani in August 2021 has forced hundreds of thousands of Afghans to leave their country.

According to the study, “No less than 300,000 Afghan citizens have fled to Pakistan. However, unlike in the past, Pakistan is not willing to take another influx and refuses to recognize them as refugees,” the research study’s finding said.

According to the study, housing is a major challenge for Afghan refugees in Pakistan because all legal documents including rental agreements in Pakistan require an identification card. “While foreigners may rent a house, most stringent legal requirements often apply. 90 percent respondents face problems in contracting rental agreements, while 82 percent face problems in providing contractual guarantees while 45 percent face difficulty in getting long term residency.”

Ninety percent respondents have no financial support available to them as they were financing themselves and just five percent of responders found support from national or international NGOs, while five percent had some other source of support that they did not want to specify.

Islamabad’s refusal to allow new influx of refugees also brought worries for the newly arrived Afghans. “We have a clear policy that is: no new influx is accepted. Rather, efforts should be made by the international community to assist them in their own country by providing food, and necessities,” Chief Afghan Refugees Commissioner Saleem Khan replied to written questions from Freedom Network.

He continued: “Pakistan asserts that unlike the past, threats of persecution or threats to life and property to the people of Afghanistan do not exist. Rather, Afghanistan is currently facing shortage of food, medicines, and other needs due to the financial situation and droughts. This situation requires assistance from the International Community within Afghanistan.”