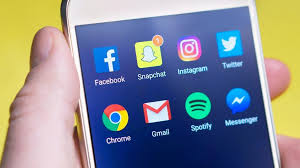 Over four years of suspension of mobile internet service in the newly merged tribal districts in Khyber Pakhtunkhwa province have greatly impacted the professional performance of journalists in these bordering and at times hostile regions.

On recommendations of security agencies, the federal government had suspended mobile internet service in the erstwhile Federally Administered Tribal Areas back in June 2016 after an armed clash between the border forces of Pakistan and Afghanistan at Torkhum border, which left a major-rank officer of Pakistan Army killed. The service could not be restored since then despite repeated requests and several protests by local journalists and even civil society activists.

The restoration of mobile internet service has become a major demand of the people of tribal districts with Prime Minister Imran Khan in his address to a public meeting in Mohmand tribal district in March 9, 2020 instructed his federal minister for communication Murad Saeed to ‘ensure that the tribal areas gain access to 3G and 4G network’[1]  .

Ali Shinwari is Landikotal-based journalist in Khyber tribal district working for a private television channel and he believes that an “uninterrupted internet service is a basic right of every citizen” but it has an added importance and a fundamental requirement for journalists, especially those working for electronic media.

He believes that instant news updates and rapid feeding of changing situation to a media organization, especially a television channel, requires having access to instant, fast and reliable mobile internet service.

“We bear the brunt of harsh words and taunts from our news editors whenever we fail to give on-time updates or when a report is delayed due to non-availability of mobile internet service”, Ali Shinwari spoke to Freedom Network, Islamabad-based national media watchdog organization. The suspension of mobile internet service had put both personal reputation and professional performance of journalists in tribal districts at stake, he said.

Shams Mohmand, a freelance journalist from Mohmand tribal district, says journalism these days is directly linked with ‘fast-track’ internet service and having a smart phone with 3G or 4G internet service is now a fundamental requirement of every journalist anywhere in the country.

The four years suspension of mobile internet service have greatly affected the efficiency of tribal journalists and they proverbially ‘grope in the dark’ when they go out in the field for news coverage, he says.

Mohmand said tribal journalists were still living “in the age of print media” in the newly merged tribal districts as they could not compete with their counterparts working for electronic media in cities where they have the ‘luxury’ of both mobile and landline internet service.

“It has certainly increased professional burden on us as both media houses and the general public demand instant flashing of important events, especially incidents of urgent nature”, he remarked and added that tribal journalists missed ‘real time response’ most of the times due to lack of mobile internet in their respective districts.

Young tribal journalist Adnan Betani, contributing news stories and video reports to an international media organization from one of Pakistan’s volatile and risky region of North and South Waziristan, informed that only government controlled landline internet service is available to local journalists at some officially designated spots, and that too under the watchful eyes of the sleuths of intelligence agencies.

Betani had to travel to Dera Ismail Khan or Tank district to avail the internet facility for uploading his news stories and video reports. “It is both time consuming and problematic as it takes travel back to the bordering region and then find a reliable internet service”, he bemoaned.

Journalists in Orakzai are also faced with the same dilemma as they have to travel to the adjacent Hangu district for ‘internet connectivity’. Saleh Din Orakzai, president Orakzai Press Club, told Freedom Network that they faced problems in mobile connectivity in most parts of their district.