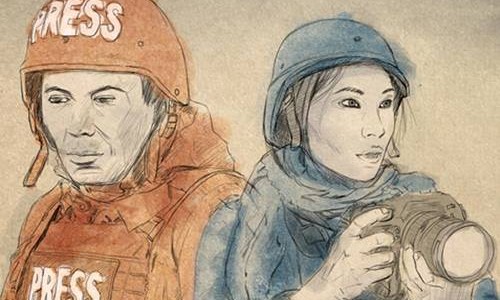 PARIS: Media leaders from around the globe gathered February 5 at the UNESCO headquarters in Paris to strengthen the safety of journalists enlisting possible actions to provide enabling environment for media and its practioners to practice journalism in fears-free environment.

“The conference provided global sitting for safety challenges journalists face,” he went on to add underscoring the importance of such gathering to underline the need for global efforts to tackle the problem looks more global than regional.

The occasion enabled members of UNESCO Member State delegations to hear media views first-hand. The meeting, involving some 300 participants, was followed by a more focused discussion by 15 media leaders, convened by the International Media Women’s Foundation, the World Editors Forum and the International Federation of Journalists.

During the deliberations, the following possible actions were raised by individual participants based on their own experiences, and which could be considered for adaptation elsewhere.

Among the key actions recommended was a demand for appointing special representative on safety and impunity within the office of the UN Secretary-General. Iqbal Khattak said this demand, originally came from Reporters Without Borders, gained support from many delegates and finally it was made part of actions package at the end of the conference.

The following actions were recommended: