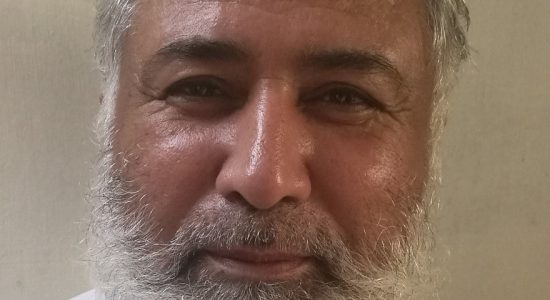 Former Peshawar Press Club president Syed Bukhar Shah says journalists in Peshawar and other parts of Khyber Pakhtunkhwa province are facing serious challenges of safety and security. But media houses “are not fulfilling responsibility” to protect media workers and reporters in the field. However, Freedom Network and other media rights groups are working to create awareness about personal safety and precautionary measures among journalists.

Freedom Network: What is the situation about journalists’ safety in Khyber Pakhtunkhwa? What kind of threats journalists are receiving there?

Syed Bukhar Shah: Journalists in Khyber Pakhtunkhwa are facing several challenges while doing journalism. Safety and security is far the most serious challenge they face, especially our colleagues working in the field are facing the real-time threats to their lives. They are facing threats from all kinds of mafias besides militants. They receive these threats on phone and written at times. In this situation, we lost several colleagues.

FN: Do you thing the government response to these threats is sufficient? If not, what steps the Khyber Pakhtunkhwa government or Peshawar administration can take to minimize these risks and document these threats.

FN: What role media houses can play to help journalists stay safe? Are they playing their due roles? If not, what deficiencies media houses have?

SBH: I think media houses have all the weaknesses to protect journalists against any harm or attacks as they advise us to stay safe and this attitude amounts to leaving us at mercy of terrorists and people threatening us. No media house has ever organized safety and security training for their staff. A few non-governmental organizations are conducting trainings for journalists to stay safe.

FN: What steps journalists or their representative organizations can take to minimize risks they face?

SBH: Journalists organizations take to streets to protest to make media houses and the government aware of security situation.

INTRODUCTION: Syed Bukhar Shah, 53, was the president of Peshawar Press Club for 2015 and 2016 and is in the profession for more than two decades. He began his career with Peshawar-based The Frontier Post newspaper besides working for Islamabad-based Pakistan Observer for some time. Since 2001, he is associated with The News International.