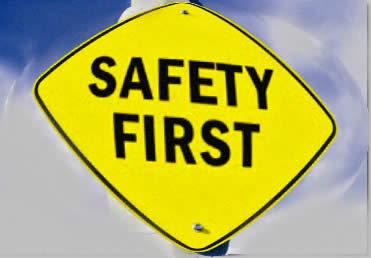 The six violations this month are the lowest since January this year. The highest violations documented this year so far were 19 during the month of February.

ASSAULT: Syed Zawar Kazmi, bureau chief of 24News channel, was taking shots and making video of dysfunctional elevator of District Headquarters Hospital, Sargodha, on September 30. The elevator was out of work for the last six months. Some doctors, according to the journalist, stopped him and started beating him up. However, police reached the spot to save Kazmi from the doctors’ wrath. No case was registered against the attacking doctors as medical superintendent of the hospital “expressed sorry” with the TV journalist.
Jang newspaper’s senior photographer Chaudhry Jahangir was attacked during coverage of Capital Development Authority-led drive against encroachment in Beharia Enclave in Islamabad on September 15. The Enclave’s administration did not like taking photos of the anti-encroachment drive stopping the photojournalist by attempting to snatch camera from him. Jehangir was attacked by the Beharia Enclave’s staffers. Police, however, rescued the photojournalist. Police registered FIR but made no arrest so far.

ATTACK ON HOME: Journalist and blogger Malik Ramzan Isra, based in Parova tehsil of dera Ismail Khan district in Khyber Pakhtunkhwa province, told Freedom Network that his house came under attack on September 6. The attackers’ motives “appear intimidation” and they “wanted to silence me” and “stop me from highlighting local issues of governance and human rights,” he said. It was not the first attack on his residence, he added. The journalist was receiving threats in the past as well. Isra said he “does not understand who might have been involved in the attack on my home,” the journalist went on to add. “Police is not taking interest in registering FIR against the attackers,” he revealed.

VERBAL THREATS: Mingora-based journalist Anwar Anjum, correspondent of Aaj News TV channel, has reported allegedly receiving “threats” from the security forces for his “reports” and “social media posts.” He told Freedom Network that he received two persons on motorbike on September 18 in his office in Mingora, Swat district of Khyber Pakhtunkhwa province, and introduced themselves as “from intelligence agency.” Anjum said the officers “threatened me. And as I called official colleague for help the intelligence officers escaped while repeating threats.” The journalist registered FIR with police. However, no arrest was made so far.

A journalist from Khyber Pakhtunkhwa received threats from a militant organization based in neighbouring Afghanistan and influencing border areas of Pakistan as well. For safety and security of journalist, his name is not identified nor details of the case are made public.

LEGAL CASE: Water and Power Development Authority (WAPDA) registered case against Daily Ausaf newspaper’s correspondent Riaz Jalmira in Borewala tehsil of Vehari district of Punjab province after he covered farmers’ protest against the authority’s overbilling issue on September 17. The journalist was charged with “obstructing the official business.” The journalist denies the charge.

Threats, Attacks & Harassment against Various Types of Media
Three print, two electronic while one from radio faced these different categories of threats.