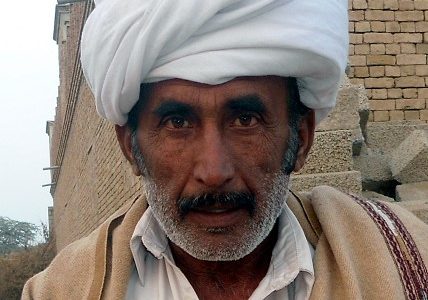 Much like most of the country is not safe for journalists – so is the southern district of the Khyber Pakhtunkhwa province ‘Dera Ismail Khan’ not safe – even for local journalists stationed there. Historically, as both North and South Waziristan were considered as one, journalists continued to face the brunt of not only the state and non-state actors but local landlords as well – in them trying to make sure that these journalists are unable to carry out their daily tasks. In most instances, these local journalists would end up losing their lives as well. In trying to stand up for the rights of the poor and needy, chairman of the Parwa Press Club, Malik Amanullah faced an eerily similar situation – who ended up losing his life while trying to shoulder his responsibilities.

The native of Dera Ismail Khan who worked for Mezan-e-Adl newspaper was shot dead by unknown assailants while he was visiting his village on April 30, 2019. Unknown gunmen, riding on a motorcycle, fired indiscriminately ultimately leading to the journalist’s demise.

Freedom Network sat down with the father of the deceased, 55-year-old Malik Muhammad Baksh.

Freedom Network: Tell us about your late son Malik Abdullah.

Malik Muhammad Baksh: Malik Amanullah was my eldest son and was my support. He was not only well-educated and brave but he took it upon himself to help the poor and needy of his society and surroundings. He started his journalism in 2012 when he was hired by the local daily newspaper ‘Mezan-e-Adl’. He had made a name for himself in a very short time span through his work and dedication.

FN: What you discussed with him last time he talked to you before his murder?

Malik Muhammad Baksh:  He used to leave house early every day. The day he died, he left early as usual and while leaving he did not talk of anything significant.

FN: Have you been happy with him doing journalism? Have you ever asked him to quit journalism because of prevailing situation in your area?

Malik Muhammad Baksh:  No, I had never asked him to quit journalism as it was because of him – most of the problems in our society had been resolved. This is the reason why everyone loved him so much.

FN: You think journalism is good for your area and people?

Malik Muhammad Baksh:  If journalism is intended for good then it serves no harm – as it helped resolve a lot of issues in our area. However, now the situation is different and pretty worse than before and it is because of these changes in situation that my son became a victim of it.

FN: Had late Abdullah ever told you that he was threatened or under stress for his journalism works?

Malik Muhammad Baksh:  No. I do not remember Amanullah ever telling me anything along those lines that his life is in danger or that he is receiving threats. However, a few days before his death, he looked a bit concerned and anxious. It is possible that he might have received some threats but looking at our condition he would have thought that it would be better to keep these threats to himself. The Almighty knows better who killed my son and for what crime did he receive such a harsh punishment. He was my eldest son and took care of the entire household.

FN: Do you think your journalist son’s killers will be arrested and prosecuted?

Malik Muhammad Baksh:  The death of my son is a huge loss not only for my family but for my entire community. His killers should legitimately be caught and be given the toughest of the toughest punishments. I request you (Freedom Network) to help me in receiving justice for the death of my innocent child.

FN: Did the provincial government or district administration’s representative visited you since Abdullah’s murder?

Malik Muhammad Baksh: Yes, apart from contacting the locals here, I have contacted the regional police at Dera Ismail Khan – who also came by for the funeral service. However, so far nobody from the provincial government has gotten in touch nor has anyone come over to share their grievances with us.

FN: What message you want to send to government or anybody else?

Malik Muhammad Baksh: I do not have any message to handover. However, I would like to request the government that the killers be caught immediately and that they are given the toughest punishments – so that true justice can be served.