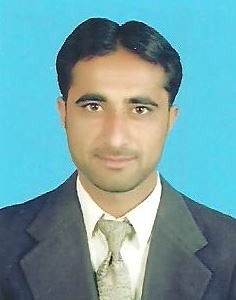 Freedom Network expressed indignation over murder of a young journalist in Jaffarabad district of Balochistan province where impunity of crimes against media and journalists has taken deep roots in the last many years.

“Our thoughts and condolence go out to the bereaved family and demand that facts leading to the murder of journalist Zafarullah Jatak must be known,” Freedom Network, Pakistan’s first media watchdog organization said June 29, 2015, in a press freedom alert.

Zafarullah, working for Quetta-based Intekhab newspaper from Osta Muhammad town of Jaffarabad district, was killed in mysterious circumstances when gunmen shot him dead inside his home at 2am (22.00GMT) on Sunday (June 28, 2015), Ali Mardan, president of Osta Muhammad Press Club, confirmed.

Police arrested eight persons in connection with the journalist’s murder. However, no clue was yet found to determine cause of the murder.

Local journalists, including office-bearers of Balochistan Union of Journalists and Quetta Press Club, said Zafarullah’s murder “looked inter-tribal feud.” However, they demanded full investigation to find out real motives of the journalist’s killing.

“We condemn the murder of Zafarullah and ask the local administration to conduct full investigation into the murder of journalist,” Shehzada Zulfiqar, president of Quetta Press Club, said.

Zafarullah is the first journalist killed in 2015. It remains to be seen whether his killing relates to his profession or not.

The journalist was in the profession for the last six years.

Local journalists took the dead body of the journalist to Osta Muhammad Police Station demanding investigation and arrest of killers.

“We have decided to observe three days of mourning,” Ali Mardan was quoted as saying after holding emergency meeting of Osta Muhammad Press Club.