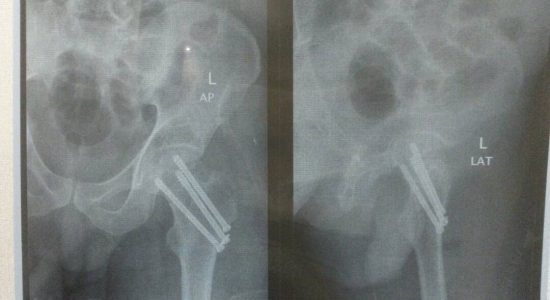 Senior journalist Rana Tanvir, who is taking up issues of religious minorities and human rights in his writings, was run over by a car on Friday – June 09, 2017 – days after graffiti on his residence’s main door declared him “liable to be killed” for his journalism work.

“What has alarmed us is the fact that police did not extend any help or support when journalist Rana Tanvir visited Civil Lines SP Ali for protection and did not help register FIR against perpetrators of the crime. This arrogance or negligence of the official is worth noting by the Punjab government which is taking credit for transparency in services to its people,” the Press Freedom Alert went on to say.

FN said the attacks on religious minorities was haunting Pakistan for long time and attacks on journalists taking up these attacks in their writings was a deliberate attempt to cover the heinous crimes being committed against minorities in the countries.

“We demand both the Punjab government and the journalist’s employer – Express Tribune – to do what they can to protect the journalist,” the FN Press Freedom Alert read.

The journalist survived the attempt on his life on June 09, 2017 after graffiti on his residence’s main door threatened with dire consequences. However, he survived the attack but it landed in hospital bed with injured left leg.

“I just have surgery for fractured bones in left leg and shifted to ward bed,” the journalist told FN from bed on Sunday – June 11, 2017.

He was on his way when unidentified motorists tried to run him over.

Earlier, he reported on Wednesday (June 7, 2017) receiving “death threat” when unknown people sprayed the threat at main door of his home in Lahore city.

The death threat was hurled for his writing about religious minorities and human rights violations, he said in email he sent on June 7, 2017.

The threats on his home-door in Urdu reads: “Qadiani Nawaz Rana Tanveer kafir, wajib ul qatal (Qadiani supporter Rana Tanveer is an unbeliever and liable to be killed.”

“On May 30 at about 11am when I came out of my rented house at Habibullah Road, Garhi Shahu, Lahore, to go to office, I saw a threatening writing on my house-door with spray paint which declared me deserving death by terming me as non-believer and supporter of Ahmadis. That was shocking for me and my wife,” the journalist wrote.

“Meanwhile, the house lord and his mother also reached and asked me to leave the house as it was also posing threat to their lives.

“I immediately covered the door with a piece of cloth so that other neighbors cannot see it and moved the family to my relatives in cantonment area of Lahore. I took one of my colleagues and a relative with me visit Racecourse Police Station and filed an application narrating the whole episode. No FIR so far is registered,” the journalist said.

He went on add that the next day along with his colleague he visited DIG (Operations) Lahore Dr Haider Ashraf and informed him about the behavior of the police which was not willing to lodge any FIR or trying to trace out the responsible.

“He called SP Civil Lines, Ali, and advised us to visit him. We went to him and he said there is no need to register FIR as it would make you more vulnerable and it would enrage the religious fanatics. I requested him to at least try to identify the suspect who visited my house in the broad daylight.

“He said he is sure that would not be a suspect. The SP said, ‘Police officers and journalists are doing Jihad and in the way of Jihad we should not be afraid of sacrifice. Mishal is a Shaheed (martyr) and his killers are still being cursed.’ Listening this, we left his office having no other remedy.”

Tanveer said he moved to his current home just under one and a half years ago so his daughter could attend a local school. Three months ago, the journalist said, his landlord began receiving calls from an unknown number advising him to evict Tanveer and his family, saying that he is a “kafir (infidel)” and an “enemy of Islam.”

It is pertinent to mention here that it is not the first threat journalist Tanveer is facing. In 2013, he received a threatening letter at his office address. The “State of Human Rights in 2013”, the annual report published by Human Rights Commission of Pakistan, mentioned this threat on its 115 page.

“Some (religious) fanatics used to make threatening calls and abusing me on my face. Four months back, someone called to my house-lord asking him about me and advising him to get me out of his house accusing me of being ‘enemy of Islam.’

“The latest threat is unique which made my whole family worried as my wife is asking me to leave journalism, which I cannot at any cost. I am reaching out to you to let you know that this incident has put me and my wife, with two of our kids, under constant stress,” the journalist wrote in his mail he shared with many people to foretell the impending dangers.

“In such a situation it is very difficult to continue doing my professional duties under constant threat. As Chief Reporter and team leader of Express Tribune in Lahore since last seven years, I know that my credibility and objectivity rests on my ability to be proactive in highlighting issues revolving religion and victimization of religious minorities.”

Here are some links of his journalism work highlighting religious minorities’ plight in Pakistan.
https://tribune.com.pk/story/1424181/masons-battle-free-lodges-punjab-govt/