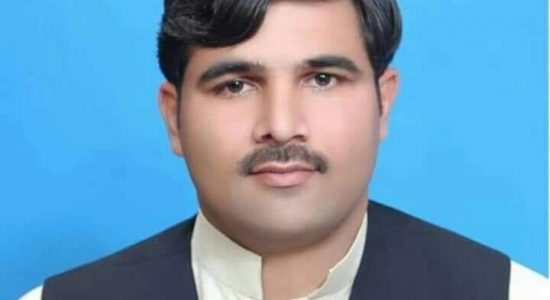 A total of 15 cases in eight different threat categories, ranging from murder to legal cases, – 10 in October and five in November 2018 – against journalists and journalism institution were documented during October-November 2018 period under Pakistan Press Club Safety Hub Network, managed by media watchdog organization Freedom Network.

NOTE: The joint analysis for October-November 2018 threat data is carried as in November edition there was special report ‘Impunity of Crimes Against Journalists Pakistan Report 2018’ to mark the International Day to End Impunity for Crimes against Journalists and Media.

The following is threat data analysis of each month below:

KILLED: Young Sohail Khan, crime reporter with Kay-2 newspaper in Haripur district of Khyber Pakhtunkhwa province, was shot dead hours after his story on arrest of alleged drug peddler in the area was published on 16 October. The journalist, according to his colleagues, told police the same day that his life was under threat following the report publication. His warning received no positive response from the local authorities. He was the second journalist killed this year after they published reports on drugs-related issue.

Sohail Khan, in his 20s, was shot dead in Hattar town of Haripur district when two men, named in the First Information Report (FIR), ambushed him leaving the journalist died on the steering wheel of his Suzuki Carry at 3.45pm local time, according to Raja Tahir, bureau chief of Kay-2 newspaper. He shared some details of the attack. “Armed men killed Sohail with a Klashnikov burst and the suspects have been identified in the FIR.” The two nominated accused have been arrested and investigation is under way.

HARASSMENT: Senior Geo News channel’s staffer Arshad Waheed Chaudhry was harassed on October 23 when unidentified car-riders intercepted him on his way home in Islamabad. “I was followed by some car-riders who first stopped their car in front of my car and then followed me,” he told Freedom Network. The journalist told his office. However, no case was registered while the issue was also brought into National Press Club, Islamabad. Geo News channel’s staffers have been harassed in recent past.

ASSAULT: Daily Ummat reporter Faiz Ahmed was attacked during coverage of Tehreek-e-Labaik Pakistan (TLP) protest at Faizabad on 31 October against the Supreme Court verdict to exonerate Christian woman Aasia Bibi of blasphemy charge. He told Freedom Network Safety Hub coordinator in National Press Club, Islamabad, that the protestors beat him up to express anger at “no coverage” by the media. His colleagues rescued him. Faiz did not lodge report saying “police will not take any action against the protestors.”

Mohsin Malik, bureau chief of Rohi TV in Bahawalpur, was attacked on 06 October just outside his office by two youngsters after they were challenged for doing something suspicious with DSNG van. The two youngsters were identified through CCTV camera and one of them was identified as “son of a judge” in Bahawalpur district in Punjab province. Local police arrested both and the judge’s son was quoted as saying that he attacked Mohsin Malik because he filed report against his father. Rohi TV has big audience in southern Punjab.

VERBAL THREATS: Abdul rauf Balam, AabTak TV correspondent, and Waqar Ahmed Lashari, correspondent of Kohi-e-Noon TV channel in Rajanpur district of Punjab province, were threatened on 09 October to make denial of their reports they filed for their respective channels about a robbery. The threat was hurled at them by no other than cops when they were called to attend press conference at a police station where in charge of the police station “ordered” him to make denial of his report. Upon their refusal the in charge threatened to make case against them.

Zain Hashmi, reporter of Kay-2 newspaper in Islamabad, issued “life threats” on phone call he received via cellular phone. “He told me I will finish your life and abused me as well,” he said. A case was registered with the police.

A petition 1306/2018 was filed in a session’s court of Kashmore at Kandhkot under sub-Sections 22/A and 22 B by the NHA accusing the journalists of alleged blackmail. The journalists deny the charges and instead say that they were filming an “unauthorized and illegal” Tool Plaza constructed in Kashmore by the NHA.

On 12 October, state authorities lodged two First Information Reports (FIRs) against Rana Maqsood, reporter of Dunya News in Bahawalpur district in Punjab province, after he published some reports in his newspaper. Anti-Corruption Establishment (ACE) Bahawalpur and Medical Superintendent  (MS) Civil Hospital, Bahawalpur, lodged the FIRS against the journalist after his stories on corruption against Circle officer of ACE and MS Civil Hospital published. They alleged in the FIRs that the reporter demanded money and his stories defamed them. Rana Maqsood denies the allegation and decided to contest the FIRs in the court of law.

Of the ten documented cases of various threat categories included four print and six TV journalists. These ten cases were monitored in Khyber Pakhtunkhwa, Punjab and Islamabad only. Sindh and Balochistan remained calm.

Among the threat actors who were reported involved in the seven documented cases against journalists involved Punjab Police, supporters of Tehreek-e-Labaik Pakistan, state authorities, son of a judge, criminal gang and an unknown source.

The five violations this month are the lowest since January this year. The highest violations documented this year so far were 19 during the month of February.

INJURED: At least 12 men, armed with guns and sticks, attacked office of a local Urdu daily and beat up its crime reporter Kamran Gul, causing him minor injuries. The incident took place at the office of Daily Akhbar when several attackers managed to enter its office and beat up the reporter. Kamran Gul told Freedom Network that there were about a dozen people who were carrying pistols and sticks beating him up him. He said apparently his beating was related to his police-related reporting. A statement from City Police Station said that the police chief had formed a four-member committee to investigate the attack on the reporter. It said SSP Operations Peshawar Javed Iqbal would head the committee and SP city, DSP and SHO Gulbahar would be its members.

ARRESTED: Law-enforcement personnel arrested journalist Nasrullah Chaudhry from his home suited in Soldier Bazar, Garden East Karachi, on 10 November at 2:00am a day after unprecedented raid on prestigious Karachi Press Club by heavily armed plainclothes men, backed by police. The journalist works for Urdu-language daily Nai Baat. He was handed over to Counter-Terrorism Department CTD of Sindh Police.

CTD lodged FIR NO 145/2018 against Nasrullah Chaudhry on 11 November 2018. The CTD booked the journalist under Section 11-F (i) of the Anti-Terrorism Act of 1997, Section 11-W(i). The journalist was charged with allegedly “possessing” jihadi reading material. He was freed on bail after he was produced before a court in Karachi city.

HARASSMENT: Three cases of harassment of journalists were reported from Sindh (one) and Federal Capital territory Islamabad (two).

On 4 November 2018, some unknown persons raided the house of journalist Imtiaz Chandio, working as Bureau chief of Abbtak TV channel in Karachi. At the time of the raid, the  family was not at home in Defence Karachi. The unidentified intruders took some files and documents from his home. Imdad Chandio said the incident “means a message for him.” The Darakhshan Police Station registered FIR (NO 663/2018) on 5 November 2018 against unknown persons under section 380/457/427/ and 506/ 34 of PPC. In the FIR, the journalist said that he was also receiving threat on phone calls through unknown numbers.

On 13 November, Noor Al-Amin Danish, a reporter of Samaa News channel, submitted an application in Ramna Police Station, Islamabad, by leveling allegation of harassment and threats against TV anchorperson Dr. Shahid Masood who is sent to prison in a corruption case. The reporter claimed that while Dr. Shahid Masood was coming back from court after his appearance in alleged PTV corruption case, he asked the TV anchorperson a question on his escape from a lower court earlier in September. Dr. Shahid Masood got it mind, according to the journalist, and Masood snatched his cellphone from him and warned of serious circumstances. On the intervention of lawyers presented there, Dr. Shahid Masood returned the journalist his cellphone after deleting all recorded video.

On 14 November, Editor Daily Markaz and Group Editor Daily Hotline Newspapers Tariq Habeeb Bhatti along with Editor Investigation Raja Waseem Abbas, Reporter Naqash Saif and Deputy Editor Rahila Raja traveling in a car came were asked to stop. One of the persons who intercepted the journalists tried to pull Editor Tariq Habeeb Bhatti out but Bhatti pushed him back and sped off his car. One person opened fire on them but they made a good escape. Later on Mr. Bhatti registered FIR against the unknown attackers.  The FIR under Section 506 (ii) and 377 0f PPC has been registered. No arrest has been made so far.

RAID ON KPC: It has never been the case that any law-enforcing agency raided Karachi Press Club, the country’s prestigious journalism institution, was raided. It is a fact now. Police in plainclothes raided 8 November the Club without due course of law to search halls and rooms for unspecified targets. However, they made no arrest or took no object from the Club premises. The raid shocked the journalist community across Pakistan staging protest to demand full investigation.

The Pakistan Electronic Media Regulatory Authority (PEMRA) issued no notice to any TV channel during November 2018.

Of the five documented cases of various threat categories included three print and two TV journalists. These five cases were monitored in Khyber Pakhtunkhwa, Sindh and Islamabad only. Punjab and Balochistan remained calm.

Sindh Police, state authorities in Punjab and unknown individuals were reported involved in these documented cases against journalists and journalism institution across Pakistan during November 2018.