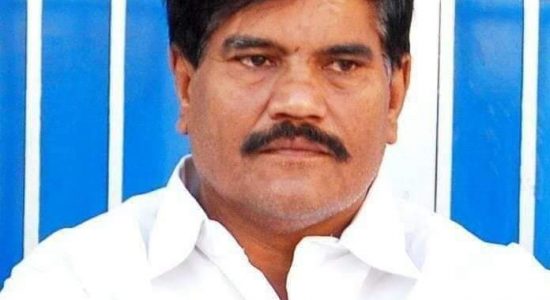 KILLED: Aziz Memon, associated with privately-owned Sindhi TV channel KTN News and Sindhi-language Daily Kawish newspaper, was found dead on February 16, 2020.His body was found dumped in an irrigation canal soon after he was dropped off for work, his family and police said. The incident occurred in Mehrabpur city in Naushahro Feroze district of Sindh province.

He was the first journalist appeared murdered this year.

Police registered First Information Report on appeared murder case of Aziz, 56, three days after his body was found in the canal. The FIR No 22/20202 at Mehrabpur Police station included Section 364, 302, and 147 of Pakistan Penal Code.

Hafiz Memon said his brother Aziz Memon Aziz had gone to cover a story in a nearby village. His colleagues added that Aziz had asked a cameraman he worked with to drop him at a place where he was to attend a ceremony.

He received “life threats” after his report on “Train March” of Pakistan People’s Party chairman Bilawal Bhutto Zardari in first quarter of 2019.

The Sindh government ordered constituting a Joint Investigation Team (JIT) to investigate the journalist murder after the deceased brother, journalists’ representative bodies and Freedom Network made this demand. \Additional Inspector General Police Hyderabad Dr Waliullah Dal was heading the JIT and according to him Aziz Memon was “patient of hypertension, diabetic” and his medical report did not confirm he was murdered. This prompted widespread protest from all sides and the Sindh government removed Dal and gave charge to Additional Inspector-General of Police (AIG) Karachi Ghulam Nabi Memon to complete the probe.

A video went viral weeks after body of Aziz was found in which the late journalist was speaking about threats he was facing after “Train March report” and requested security.

VERBAL THREATS: Mehran Shah, Landikotal-based working for Tribal News Network (TNN) both as reporter and cameraman, said he was issued “threatening calls” 29 February 2020 on his mobile  a day after he interviewed Pashtun Tahaffuz Movement MNA Ali Wazir during his visit to Landikotal on 28 February 2020. The caller calling from a mobile number of Malaysia asked the journalist why he conducted the interview and that he would be taken to task if he did the same again. He reported the matter to local police in a written application but the police have so far failed to take any action.

The federal government has an undeclared blackout of the Movement and its leaders’ coverage in mainstream and regional media.

In the two cases documented during this month the journalist found dead was working for both TV channel and print newspaper while the other works for a news agency.

In both threat cases, the threat actors are unknown.