A senior officer of Punjab Police in Lahore in January 2021 hurled direct threat at Geo News channel’s crime reporter Ahmed Faraz for filing a report on “violation” of merit policy in transfers and postings the officer’s wife tweeted.

She removed the tweet after her high-ups expressed displeasure over making the issue public. Aisha Butt, who is SP-level officer of Punjab Police, tweeted that Punjab Police was “ignored” merit policy while transferring and posting cops. 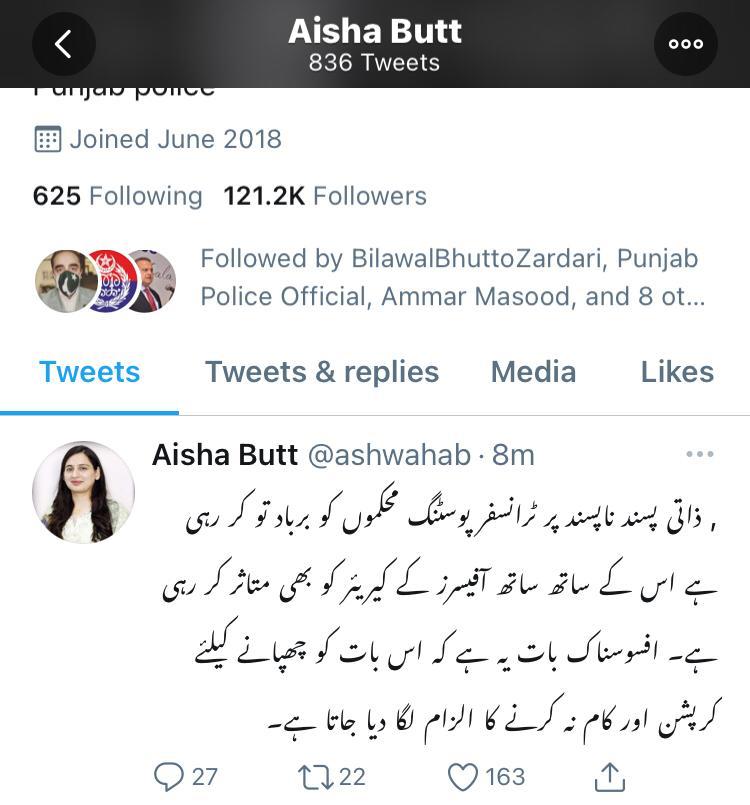 As Geo News channel aired the report, SP Aisha Butt removed her tweet allegedly under pressure from her high-ups.

SP Abdul Wahab “got furious at spotting” him, said Ahmed Faraz, at the DIG Investigation office and “attacked me.” He also threatened to “kill” him, said the journalist.

A complaint was lodged against SP Abdul Wahab with Punjab Police chief and Lahore Police chief about the attack on the journalist and verbal threat but no action yet taken against the accused.