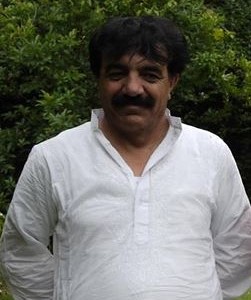 I met tribal journalist Hafiz Wazir for the first time in October 2003 in Wana, summer headquarters of South Waziristan, the hotbed of militancy, a day after army commandoes were returning from first-ever raid on a suspected hideout of al-Qaeda militants in Baghar area near Angoor Adda – a border town in South Waziristan close to Pakistan’s international border with Afghanistan. First impression about him discovered him as quite a good journalist although he began his career recently. Since then, I stayed in touch with him to get any information or news confirmed by him at regular intervals as he displayed high degree of professionalism. He was doing all this free-of-cost as most tribal journalists do.

It has been a long time since our first meeting. Things have changed a lot since then. I wonder how comes he still work from Wana when the writ of the state was seriously challenged in the years to come. Most journalists left Wana and other towns in South Waziristan for safer places after attacks on media increased and government machineries were not rescuing and assisting the journalists. This curiosity made me to interview him and know what tools he is using to stay safe while reporting for his organizations from one of the most dangerous places of Pakistan as journalist.

What really struck me was his strict adherence to ethical journalism something not all of us believe in and follow and that is to stay neutral. I found during my reporting of war on terror story that some journalists discovered getting closer to one side or another for simple reason – be first to get exclusive news – best tool to stay in media. This approach may have been useful. However, it also proved harmful at times.

It was a shock to know that even international organizations are not training local freelancers or extending life insurance facility. Hafiz, as we know, also works for Reuter’s wire service and he says even it did not train him on physical and digital safety nor did provide insurance cover, lets not talk about his Pakistani organization – ARY News channel.

The following are the excerpts:

How difficult it is now to work as journalist in South Waziristan?

Hafizullah Wazir: I started journalism in 2004. That day, government forces-led operation was going against local militants in Kaloosha area of Wana sub-division. I was caught in middle of fire. Covering the Kaloosha operation was first journalistic assignment I had. Very difficult to do reporting. In the given circumstances, you have to care about your own area, tribe and the state. Any journalist who seeks support of any party to the conflict for own protection gets in hot water. Balance reporting keeps you safer and better avoid sensational reporting.

Tell me which are these two things that made you safe?

HW: I never handed over myself to any party to the conflict. That is the first thing I took care of. The second thing which helped me stay safe was strong family background. Thirdly, playing mediator’s role and never make sensational reporting.

Ever any party to the conflict – the state or non-state actors – was unhappy with your reporting?

HW: Yes. Once Taliban spokesman Azam Tariq shared news about an attack. I was under great deal of pressure as they (state actors) were seeking contact number of Azam Tariq. I did not buckle under the pressure. Taliban commander Maulvi Nazir complained to my brother against my interviews to radio station asking my brother I should stop these interviews.

Have you ever left Wana on personal safety ground?

HW: Yes. Only once when I left Wana for safety reason. It was in 2006 when I went to Dera Ismail Khan for four months when situation was extremely dangerous in Wana. I moved my whole family as the Uzbek militants were posing serious threats to me and my family.

Why other journalists left Wana?

HW: No-one else ever took lead in breaking any news. Other journalists are involved in ‘other activities.’

Your national and international employers – ARY News and Reuter’s – provided you with life insurance while working from a dangerous place such as South Waziristan?

HW: No-one, including Reuter’s, has extended me life insurance coverage. The safety training I received was provided by International Journalists Federation.

What message you want to give to journalists to stay safe while working in a dangerous situation and place?

HW: Journalists should remain impartial. If you are impartial while dealing with the following three groups – army, Taliban and intelligence agencies – you stand big chances to stay safe.

The interviewer is a senior journalist and national coordinator on journalists’ safety.