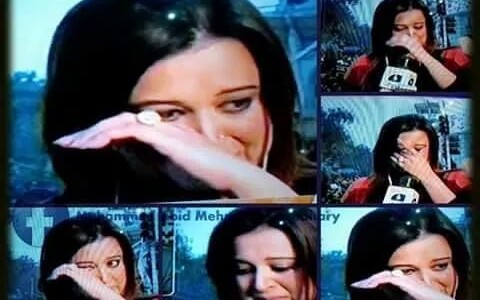 Freedom Network, Pakistan [FN] joins media defenders in the condemnation of manhandling of one of the country’s most senior journalists, Mazhar Abbas, in Karachi on December 12, 2014 by supporters and activists of Pakistan Tehrik-e-Insaf (PTI) in the latest string of attacks and intimidation of journalists by them and bringing Imran Khan’s party closer to being declared “predators of press freedom” in Pakistan.

“It is, by any standard, a shameful act that someone like Mazhar Abbas whose unblemished journalism career has spanned decades and who has practiced unbiased journalism and stood for freedom of press in Pakistan can be meted out such an unacceptable treatment by PTI activists,” FN, Pakistan’s first media rights group, said in press freedom alert issued on December 15, 2014.

Abbas is also a member of the Steering Committee of Pakistan Coalition on Media Safety (PCOMS), a media sector multi-sectoral platform representing media owners, media workers, civil society, parliament, the government and opposition, working together to promote a safer environment for working journalists in the country. PCOMS is working to bring media safety laws and special prosecutors at the federal and provincial levels to investigate attacks against the media, as well as standard safety protocols, procedures and practices to promote greater media safety and professionalism in Pakistan.

Although Khan was quick to respond to the ugly situation created by his supporters in Karachi by personally telephoning Abbas and assuring him that no such incident would happen again, it appears that the party activists and their leader have a clear pattern of attacking the dissenting media quite regularly since August 14, 2014, when the party launched a series of countrywide protests.

The PTI activists have regularly been attacking Jang Media Group buildings and assets, including DSNG vans and cameras, as well as several of its journalists including Abbas, Maria Memon, Omaima Ahmed, Sana Mirza, Aizaz Syed, Masood Raza, Sidra Khan and several others, including cameramen and drivers. All these attacks were at the PTI protest venues and are documented on tape. Distressingly the party activists are targeting women journalists.

“Party activists and supporters will display such aggressive behavior towards any journalist when its leaders publicly name channels they consider are critical of their politics. Imran Khan cannot exclude himself from complete responsibility for acts of intimidation of the media committed by their followers,” the FN press freedom alert said. “Most senior journalists in Pakistan are getting convinced that these attacks on mediapersons are result of Imran Khan’s ‘personal grudge’ against a certain media group that he has repeatedly expressed in public,”

Since Khan’s party launched its protest movement against the ruling party for alleged elections rigging, more than a dozen incidents targeting journalists and technical staff and media assistants belonging to Geo News channel and dailies Jang and The News have been deliberately targeted by PTI activists. These incidents have been caught on tape.

Geo News channel’s bureau in Islamabad has been deliberate target of the party’s activists and supporters since the movement was camped close to the national Parliament’s building in D-Chowk of the federal capital city smashing windowpanes and damaging parked vehicles of journalists working for the channel.

“Imran Khan and PTI, like any other politician and political party are entitled to protest and criticize anyone and anything, but this right to freedom of expression does not extend to physical violence against journalists and media practitioners, and defamation, including slander and libel, without evidence of alleged misdemeanor, or harassment, intimidation and censorship,” FN press freedom alert said.

“In August 2014, the police under the ruling Pakistan Muslim League-N also was caught on tape brutally beating at least 17 journalists in a single day. The dangerous trend of political parties in Pakistan browbeating the media must come to a stop because an attack on media is an attack on not just freedom of expression but also an attack on the citizenry’s right to know and a responsible and accountable State itself.”

Mazhar Abbas told FN that the PTI supporters and activists made it “difficult to report” the party’s protest meetings that day in Karachi. “I was outside the PTI’s Karachi office analyzing the situation for my channel when these elements were making indecent gestures and abusing and manhandling all of us. One of our female colleagues, Omaima Ahmed, got herself locked inside the DSNG van when these activists and supporters surrounded her outside,” he said.

“It was nothing new for me as I had seen all this in my career, but I was concerned about young journalists, particularly women, who came in this profession with a dream like Sidra and Humaima.”

The protesters attacked anchorperson Sana Mirza and Amin Hafeez with water bottles and slingshots at Charing Cross at 5pm. They stopped them from reporting and asked them to leave the scene. The violent activists also did not spare senior journalist and analyst Sohail Warraich. They pushed him and used abusive language against him.

Sana Mirza was seen trying to control her emotions while describing the ugly situation she faced while doing letting the countrymen have latest from  Lahore where Imran Khan’s supporters paralyzed public life shutting the city completely.