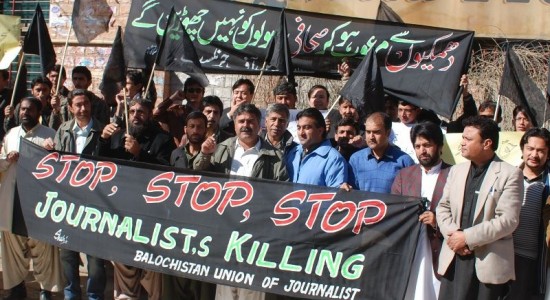 “This resolution is historic and we hope it will hep stop journalists’ killings and provide enabling environment for journalists to work freely,” Freedom Network [FN], Pakistan’s first media watchdog organization said in a press freedom alert May 28, 2015.

Pakistan is among several countries where armed conflict is going on and over 100 journalists were killed in the course of their work in the last 13 years in Pakistan with impunity taking deeper roots now than before. Pakistan is also among the five pilot countries where the UN Plan of Action is also being implemented to address journalists’ safety and impunity concerns.

The resolution calls on member states to fulfil their obligations as regards the protection of journalists during armed conflicts and makes it a requirement for UN peacekeeping operations to provide regular reports on the safety of journalists.

“We hope the UN member countries, Pakistan in particular, will take this 2222 (2015) resolution seriously to fight back impunity and create enabling environment for journalists to work freely and independently,” FN hoped, adding that the compliance mechanism would be required to ensure its implementation.

FN joins Reporters Without Borders in demanding appointing special rapporteur to the UN Secretary-general to monitor the world body’s resolution on journalists safety. “If implementation does not take effect this resolution will not improve situation on the ground in conflict countries, such as Pakistan,” FN went on to add.

The Text of the UN Security Council Resolution 2222