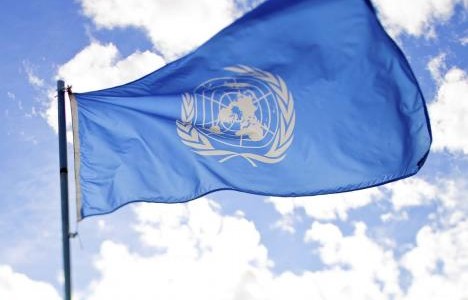 Freedom Network [FN] welcomes the news that the Third Committee of the United Nations General Assembly has passed, by consensus, a resolution on the safety of journalists and the issue of impunity. The resolution includes a call to make the International Day to End Impunity an official UN day, to be commemorated each year on 2 November.

This news comes days after the culmination of this year’s International Day to End Impunity campaign.

Journalists, media workers and others are the worse victims of impunity in Pakistan where the UN Plan of Action has been launched this year to provide a platform for all media stakeholders to fight jointly the issue crippling freedom of press and freedom of expression.

The attacks on media by state and non-state actors compounded the press freedom situation in Pakistan with no single case of murder involving a journalist has ever been investigated, the perpetrators of the crime arrested and prosecuted, thus, encouraging elements attacking the media.

The resolution unequivocally condemns all attacks, intimidation and violence against journalists and media workers, and calls on all Member States of the United Nations to protect them, to ensure that all crimes against them are investigated and brought to justice, and to promote an environment in which journalists and media workers can work independently and without interference. It also expresses support for the United Nations Plan of Action on the Safety of Journalists and the Issue of Impunity, an unprecedented step in the promotion of freedom of expression.

“FN welcomes the resolution and extends full support to fighting the impunity in Pakistan,” the media watchdog organization said.

IFEX welcomes the resolution’s call to proclaim November 2 as the International Day to End Impunity for crimes against journalists. With complete impunity in nine out of 10 cases of journalist murders worldwide, this decision does not come too soon.

“FN supports the IFEX calling it is a crucial step toward guaranteeing that individual journalists can continue to work in the public interest without fear of reprisal, and that those who seek to silence them with violence are brought to justice.”