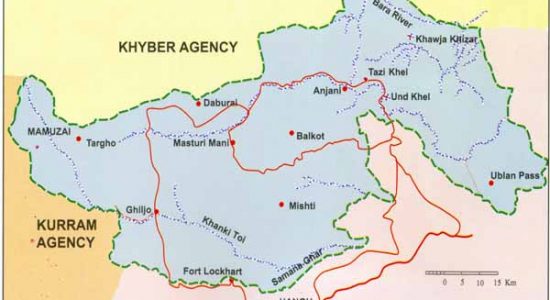 PESHAWAR, 20 March 2018: Journalists are barred from visiting or reporting Orakzai tribal district for last five months and local tribal journalists’ pleas to lift the ban imposed in November 2017 are falling on deaf ears.

“This ban on journalism in Orakzai tribal region for last five months is violation of people’s fundamental right to know guaranteed in the Constitution and we demand this ban is immediately lifted,” Freedom Network [FN], Pakistan’s first media watchdog organization, said 14 March 2018 in Press Freedom Alert.

“When security has improved as the government itself acknowledges this ban on journalists to visit the area and report makes little sense,” the Alert read, adding that the ban would hurt the people who would need information to stay safe and rebuild their lives shattered by the conflict with the militant groups in recent past.

Saleh Din, president of Orakzai Press Club, told FN that the ban on journalists was enforced since November 2017 as no journalist was allowed to report Orakzai to regional and national media.

Ghaljo Press Club inside Orakzai tribal agency is also closed due to ban on journalism.

Local journalists took up the issue of ban with Orakzai tribal agency political agent Khalid Iqbal Wazir last year and as recently as January 22, 2018, and on both occasions the senior official “promised” to take up the issue with local commanders. However, the ban continues to stay in place.

“This ban on journalism comes to negate the civil and military leadership’s declared position that peace ‘has been restored to Orakzai’ and many temporary displaced families returned to their homes. But restricting journalists’ access to Orakzai is a serious matter of concern,” FN Press Freedom Alert went on to add.

“Media plays a bridge’s role between the government and the public. The government authorities, including security, must be trying to engage the public to help keep peace. This cannot be done in absence of media and its practioners. Freedom Network hopes authorities concerned will take a closer look at this ban and allow media to return to Orakzai and play its due role in helping the government maintain peace and rebuild local population’s lives,” the alert said.