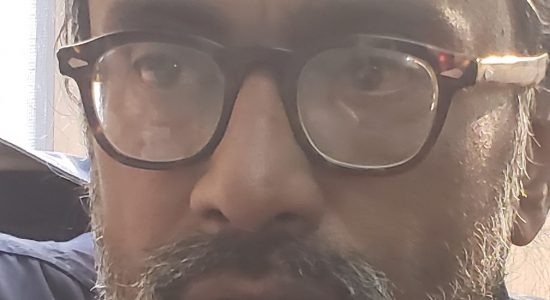 Journalist Akhlaq Jokhiyo has become symbol of resistance to pursue independent and public interest journalism in interior Sindh province of Pakistan. He paid a cost for living with this tag. He spent four months in prison after a local court convicted in a case filed against him for his reporting. However, the Supreme Court of Pakistan found the journalist innocent and acquitted the charge.

Freedom Network supported the journalist and during his visit to Islamabad for his case in the Supreme Court he talked about state of press freedom in interior Sindh province.

Freedom Network: Why these cases were filed against you?

Akhlaq Jokhiyo: There is a graveyard in Halani area with some historical significance. in 1783, two tribes – Kalhoro and Talpurs – had a dispute which took away many people’s lives. They have individual and collective graves. The area has been commercialized due to increase in population, under patronage of a local influential and land grabbers started demolishing these graves. They offered us money but we refused and raised our voice through my reporting and as a result they started threatening and registering cases against us in anti-terrorism courts. I was sentenced to seven years’ imprisonment under Section 500 and 501 of Pakistan Penal Code. I remained in prison for four months. Sindh High Court upheld my appeal against the lower court’s verdict. The plaintiffs moved the Supreme Court against the Sindh High Court order, where I won the case.

FN: In interior Sindh, journalists are believed working under difficult circumstances. In your opinion, what these pressures journalists face are?

AJ: In Sindh, the feudal system has almost finished but feudal mindset has not changed. They cannot accept anything which goes against their will and liking so they always create hurdles for the journalist community.

FN: Who are the significant threat actors in Sindh, and how the local journalists are coping with these challenges?

AJ: We usually get threats from politicians in power. If we report something they think we have hit their interests and as a consequence they start hurling life threats or we have to face attacks. The same person who filed the case against me has also filed around five cases against me under different charges. There is no-one in interior Sindh who can stand with the journalist community. Even media owners do not take any action in favour of journalists due to their own interests and affiliations with people in power.

FN: Have successive Sindh governments supported journalists facing risks and threats and what is needed the most to support journalists in interior Sindh?

AJ: As the foundation of the system is based on feudalism, and majority people come from that background in power so no-one gives support to our community. There is no protection from all the successive Sindh government for the journalists. But if different organizations and journalists join hands then we can support ourselves on our own.

AJ: In Sindh, late nationalist Sindhi politician G M Syed was the founding father of modern Sindhi nationalism who gave the Sindhi people their identity. He gave awareness to the people about their mother language. He founded ‘Sindh Adbi Board’ for promotion of Sindhi literature and Bhitt Shah Cultural Centre for preservence of Sindhi culture. In this way, he protected the Sindhi language. Today, there are many newspapers published in Sindhi language. There is no evening edition of Sindhi papers, which means that there is no yellow journalism in Sindhi media.