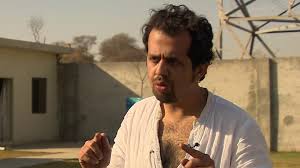 ABDUCTION: Senior print and TV journalist Taha Siddiqui staged a dramatic escape from attempt to abduct him on a busy highway in Islamabad on January 10, 2018, he told media conference in National Press Club, Islamabad, after the attempt.

Siddiqui, 33, is an award-winning journalist and Pakistan correspondent for the Paris-based France24 English language news television channel, and has reported for major media outlets such as the New York Times, Christian Science Monitor, the Guardian and WION.

In his application to the police, he recounted how the incident occurred while he was on his way to the airport in a private taxi, when a vehicle deliberately stopped in front of his cab, forcing it to a stop. “Three armed men disembarked from the vehicle and began to approach Siddiqui’s side of the car, while more men arrived in a double cabin pick-up truck and attempted to get into his car. The men all wore plainclothes and dragged Siddiqui from the car, screaming at him in English. ‘What do you think of yourself?’ They dragged him on the ground on the main road, kicking and beating him and even threatened to shoot him.”

In the confusion of the morning rush hour, Siddiqui managed to evade his captors and flagged down two separate vehicles, which eventually dropped him to a nearby taxi stand.

The would-be abductors managed to deprive the journalist of all his belongings, including his cellphone, passport, laptop and other technical equipment, which is a direct attack on his livelihood. They have not been returned nor did the Islamabad Police able to recover and nor no single arrest made.

It has been second serious case of journalist either been attempted to murder or abduct him. The last time a journalist faced assassination attempt was investigative journalist Ahmed Noorani of The News International when he was attacked on one of the Islamabad streets in October 2017.

Tribal journalist Ali Shinwari, working for Dunya News channel in Landikotal town of Khyber tribal district bordering Peshawar, told Freedom Network that his brother Shaukat Hussain was abducted on January 15 from Landikotal town. He believes his brother’s abduction is “linked to his reporting and it is message for him and others to behave well” as fears gripped local journalists after five journalists were detained by paramilitary Frontier Corps personnel following a magnetic bomb discovered beneath car they were traveling in. Shinwari lodged case with local authorities but no recovery of his missing brother. No group has claimed responsibility for his abduction.

Reporter Fawad Hasan, formerly working with Express Tribune newspaper, was picked up by reportedly Rangers personnel while covering condolence reference of late Dr Hasan Zafar of “MQM London” party at the Karachi University. He was released after some time. According to Ms. Seham, city editor of Express Tribune, he was “tortured badly.” The journalist is not talking to anyone and his cell phone is also switched off since that incident. Ms Seham added Hasan resigned Express Tribune three days before the January 22 brief detention. The journalist interviewed the late leader of “MQM London” for Express Tribune.

A cop stopped TV reporter Shaha Khalid Hamdani of 92 News from doing live weather story from Zeropint bridge in Islamabad. The cop snatched his mic but handed it over back. The issue was taken up with senior officials of Islamabad Police and they suspended the cop. However, the suspended cop tendered apology for his behavior and the journalist accepted the apology.

CENSORED/BANNED: The federal Interior Ministry shut down operations of Radio Mashaal in Pakistan on January 19. A notification issued by the ministry, directed towards Islamabad chief commissioner and police chief, said that as per an ISI report, the radio airs programmes “found against the interests of Pakistan and in line with hostile intelligence agency’s agenda.” The Prague-based broadcaster denied the allegations. The shutting down of the radio’s operations comes when political tension between Washington and Islamabad stepped up particularly from January 1st tweet of US President Donald Trump.

Paramilitary Frontier Corps officials in Orakzai tribal district turned down request from local journalists to lift ban on reporting the authorities imposed in November 2017. “We had a meeting with commandant Orakzai Scouts and requested to lift the ban imposed since mid-November 2017,” one of the journalists who was part of the said meeting said.

ROBBED: Sohail Shahzad, senior photojournalist with Daily 92 News newspaper, was robbed of his camera, cell phones and other equipment at gunpoint by unidentified robbers just outside his residence.

The incident occurred in the Shamsabad neighborhood just when Shahzad arrived at the main door of his house from work. “As I lifted my bag off motorbike to ring doorbell around 2:00am three robbers on a motorbike arrived and snatched the bag containing my camera and equipment worth Rs250,000 and cell phones. The photojournalist got his empty bag back next day which the robbers had probably tossed by the roadside. A lawyer, who found it, called up Shahzad to hand it over to him.

Those who were reportedly involved in these documented violations include Islamabad Police, Pakistan Petroleum Limited guards, Frontier Corps, Karachi Rangers and unknown people whose identity was not made.