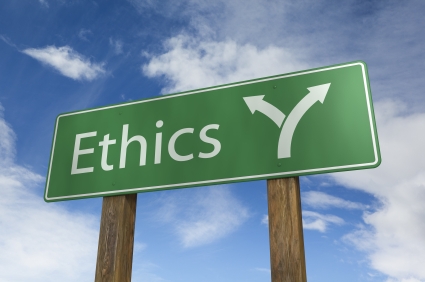 The age of real-time media in Pakistan is now well into its second decade while live coverage is for most media consumers a pretty normal way of seeing events unfold that impact them. Indeed, many can’t even imagine now a time when you don’t get instant updates or that you found out even about military coups the next day.

However, while the harmless bit of live coverage in the country is usually of cricket the live coverage of conflict and terrorism of the streets into people’s homes has steadily grown into a troublesome phenomenon. The latest demonstration of this was the six-hour live coverage of the lone gunman who paralyzed the government in Islamabad in August 2013. The fundamental debate this triggered – did the media help prolong the unnecessary spectacle by squeezing the government of the margin to take out the armed gunman away from prying live TV cameras or was the media merely doing its duty to inform the people – promptly landed in the Supreme Court.

The apex court made no attempt to mask its contempt of the media being partly responsible for prolonging the gun hostage drama and wants the government and the relevant authorities – the Pakistan Electronic Media Regulatory Authority (PEMRA) and Ministry of Information & Broadcasting – to explain what they intend to do about preventing a repeat, including mulling a ban on live coverage or at the least drafting clear regulations about it. This may be a case of the wrong party going to wrong parties for the right thing the wrong way.

While who is right and who is wrong depends on which side of the debate one is on, what is clear is that in the absence of rules and regulations of ethics of journalism that are enforceable at the pain of procedural penalty, there will be no end to the dispute. The authorities – from governments to the judiciary – will continue to blame the media for being unethical and disruptive while the media will continue to resist what they see as an attempt to muzzle them in violation of the fundamental rights to freedom of expression and access to information.

The solution, as it often does, lies somewhere in the middle of the debate. People have a right to know and the media as the principal institutional guardian of public interest on the yardstick of freedom of expression must bring information to the people, particularly that which is critical to their lives and well-being. This mandate of the media, however, is not encumbered. Like any other profession, media is governed by universal principles of responsibility. The government, on the other hand, has been mandated with monopoly over violence and must exercise this responsibility with prudence. This means being answerable about its efficacy and efficiency.

The Islamabad incident demonstrates where each side went wrong. Through its unencumbered, sustained live coverage the media not only narrowed options for the government to employ its tactics in public, it also put its own practitioners – reporters and camerapersons – in harm’s way by placing themselves within yards of ground zero. While giving the gunman sustained airtime in the shape of live pictures to perpetuate the crisis was bad enough, allowing him to talk to the country through telephone interviews on prime time talk shows, the media was guilty of a cardinal professional sin: becoming part of the story rather than telling a story. The media, in essence, gave the gunman a stage and become a ‘citizen [gun toting] journalist’ himself by getting a medium for his confused, warped message. Live coverage has to stop where it starts influencing events rather than reporting them.

On the part of government – leaving aside aspects related to security policies, operational preparedness and crisis response – there was a gross failure of responsibility in not having a rapid information cell near the site that could pry cameras away from ground zero and offer periodic updates for the media to prevent it from dabbling in sustained conspiracy theories about motives and meanings. In an age of real-time media, the absence of standard operating procedures (SOPs) about information updates on crises and unfolding conflicts is so damning as to be deserving of punishment (although the people end up paying the price through rumors and manipulation rather than government functionaries).

All of this will have to stop, of course. Conflict, violence and terrorism are not going to suddenly disappear from Pakistan. Nor will government inefficiency, or media’s market-driven compulsions to generate sensationalism. The government needs to force the bureaucracy to change the culture of secrecy and the instinct to dither and dodge responsibility. It needs to adopt a set of SOPs that puts the emphasis on proactive availability and disclosure of information to squeeze the media’s currently ample margin for conjecture and conspiracy. And because the Pakistani media’s biggest story of the past decade has been to report terrorism, the government needs to have SOPs that serve the media’s needs for instant updates and information in crisis situations.

On the part of the media, what we need is a sectoral commitment to the highest standards of their professional calling. Nothing less will do. The media makes money by ‘selling’ its consumers to its advertisers. The media, therefore, needs to ‘pay back’ the consumers in responsible, ethical and public-interest content. They can’t do this without (i) a representative, comprehensive code of ethics; (ii) a voluntary but compulsory compliance mechanism, and (iii) an effective self-regulatory accountability system that also entertains complaints from the public.

Codes of ethics for media already exist. They don’t have to be drafted anew. The problem is that each media group has its own that is characterized by the distinct failure to compulsorily abide by it. This needs to change now. The people deserve better. The enforcement of ethics has to be forceful and mandatory. However, this mandate should come neither from the executive nor from the judiciary. It has to be voluntary but necessarily sectoral. Pakistan Press Council, Pakistan Broadcasters Association, All Pakistan Newspaper Society, Council of Pakistan Newspaper Editors, Pakistan News Agencies Council, Radio Broadcasters Association and Pakistan Federal Union of Journalists have to preferably have a single, common, comprehensive code of ethics. The code itself should have mechanisms for enforcement and accountability. The people shouldn’t have judges, generals or politicians speaking on their behalf.

You can’t have an informed citizenry without a free but ethical media. And you can’t have secrets in a democracy. If the political parties – who become the government or the opposition – and the parliament want clarity of purpose and public support for their common agendas, then they will have to help the media with the truth. But it is up to the Pakistani media to decide if it wants to allow others to force them to make compromises. Or if it wants to aspire and attain the highest standards of professionalism to thrive as guardians of public interest. —(This article was originally published in The News on Sunday on September 1, 2013).

Adnan Rehmat is a media analyst and media development specialist. He can be reached on: adrehmat@gmail.com