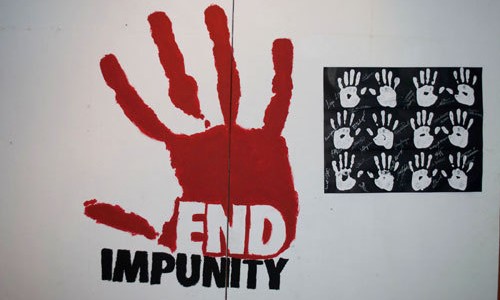 Eight Cases of Threats Against Journalists Reported During Nov 2022

One journalist was kidnapped, four others faced offline harassment, two received verbal threats and two legal cases as a total of eight cases of various cases of threats, attacks and harassment against journalists and media organizations were monitored and documented during November 2022 through the Pakistan Press Club Safety Hubs Network programme, an award-winning civil liberty organisation Freedom Network is managing since 2016.

KIDNAPPED: Dawn newspaper’s senior reporter Syed Irfan Raza was abducted on 4 November 2022 from Islamabad’s G-11 Sector and was later found in Rawalpindi’s Chakri area, some 50 kilometres from the capital. The unidentified armed kidnappers blindfolded and beat the journalist and took away the vehicle he was travelling in. He was in kidnappers’ custody for more than three hours.

Mr. Raza’s family said some armed men boarded Raza’s unregistered new vehicle that he borrowed from his friend and took him hostage somewhere in G-11 before fleeing towards Golra and the motorway. Islamabad police registered an FIR on the family’s complaint. But no arrest was made so far.

OFFLINE HARASSMENT: GNN News channel’s cameraman Sohail Barfat, DSNG driver and other staff were tortured on 4 November 2022 by a group of lawyers at entrance of Karachi city court. Their mobile phones were taken away and DSNG van. the channel’s crew went to the city court to conduct professional business where a group of lawyers ransacked the DSNG over a parking issue, torturing the cameraman, driver and other staff. They also took away the mobile phones of the cameraman and the driver. KUJ demanded from the Karachi Bar Association and concerned police officials that action should be taken against the people involved in the incident as per the law and the seized mobile phones should be recovered.

VERBAL THREATS: Daily Patriot editor investigation and anchor Roz TV Malik Zubair Awan lodged on 6 November 2022 a first information report (FIR) with Saddar Barooni Police Station about calls he received from abroad on his mobile phone. He said the caller demanded a ransom of Rs.3 million from him. The anchorperson claimed that he highlighted the presence of armed militants in the periphery of twin cities in his programs and after it he received such calls from mobile phone with country code showing Afghanistan. No arrest is made so far.

LEGAL CASES: Utility Store Pakistan General Manager Syed Haider Raza Bukhari on behalf of his Managing Director Muhammad Ali Ammer lodged on 18 November 2022 an FIR against CEO A-One News channel Nawaz Vistro in Secretariat Police station, Islamabad. The FIR speaks that the CEO allegedly pressurized his MD for transfer and posting and posed himself as officer of an intelligence agency. The CEO rejected the allegation as “baseless” and said his channel reported alleged corruptions of the MD which were published in his group newspaper A-One News. The police arrested Nawaz Vistro and interrogated him but could not prove the allegations. Later, the session court dismissed the case against the CEO on 21 November.

On 19 November 2022, BOL News channel filed a case in Session Court, Karachi, against Asad Toor and Ali Imran Junior in which court issued arrest warrant of both.  Ali Imran is a senior journalist and member of Karachi Press Club. The local court, however granted bail to Ali Imran Jr and Asad Ali Toor.

On 28 November 2022, the superintendent Central Jail, Rawalpindi, wrote letter to PEMRA for action against anchor of ROZ TV Zubair Awan. The jail management levelled allegations that the said journalists was allegedly airing “baseless news” against the jail management and spoiling their reputations. The anchor said that the jail department despite of challenging evidences he presented against them instead moved the PEMRA against him. The journalist blamed that jail department was trying to harass him so media is not exposing their alleged corrupt practices.

WEBSITE BLOCKED: The website of online Fact Focus was blocked in Pakistan after it reported an alleged increase in family wealth of former General Qamar Javed Bajwa. After a couple of days, the website was unblocked.

Three Television, three print and one internet journalist faced the 07 threats during November 2022.

In all the threat cases, one by state authorities,  two by unknowns and four by other source were involved in the harassing the journalists.