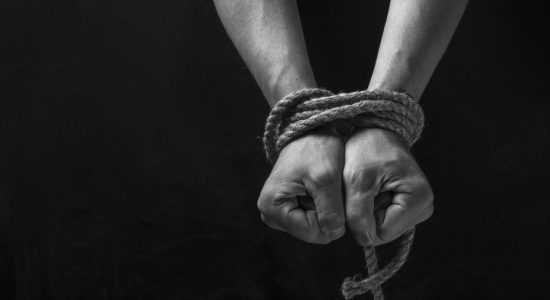 Political commentator and editor of private news agency NNI Mohsin Baig was arrested while a reporter in Khyber Pakhtunkhwa was harassed during professional duty in February 2022 as two cases were of violations were documented and monitored through the Pakistan Press Club Safety Hubs Network programme, an award-winning civil liberty organisation that has been managed by Freedom Network since early 2016.

The Islamabad-based Freedom Network has been assisting journalists at risk in four different categories in partnership with three press clubs in Lahore, Quetta and Peshawar under the Pakistan Press Club Safety Hub Network programme since February 2016.

ARREST: The Federal Investigation Agency (FIA) arrested 16 February 2022 Mohsin Baig from his residence in Islamabad under controversial Prevention of Electronic Crimes Act-2016 after Federal Minister for Communication Murad Saeed registered a case of defamation against the editor. He was part of a TV talk-show where he had questioned top prize for the minister by the prime minister. The First Information Report (FIR) said Baig was accused of “assassinating” the minister’s character by using “immoral and abusive language” and he related a “baseless story with derogatory remarks.” The minister said the remarks had shattered his image in public.

OFFLINE HARASSMENT: Samaa News channel correspondent in Dera Ismail Khan Ahmad Nawaz Mughal was attacked 06 February 2022 when he asked Maulana Ziaur Rehman, brother of opposition leader Maulana Fazlur Rehman, that how he could attend political meeting while being a government servant. “Ziaur Rehman attacked me and snatched my mobile and gone away in his vehicle,” the journalist told Freedom Network. The journalist submitted application in police station for registration of a case. However, a delegation of Jamiat Ulema-e-Islam (Fazlur Rehman group) visited the journalist and offered apology for what happened to him terming it a “mistake” and returning his mobile.

The federal Investigation Agency and religious political party Jamiat Ulema-e-Islam (F) were involved in the two documented cases during February 2022.

NOTE: Freedom Network closed Karachi and Islamabad safety hubs this year after the Sindh and federal governments enacted special laws to protect journalists and help end impunity for crimes against media. It was the exit strategy while designing this assistance mechanism way back in November 2015.