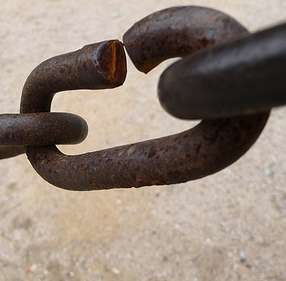 What happened within the media world in the country after the murderous attack on April 19, 2014, on one of Pakistan’s most powerful voices in the media, Hamid Mir, was shocking and disappointing for the journalist community. It has never been seen that media practitioners will stoop so ‘low’ in their professional jealousy and media rivalries.

How can one doubt that Hamid Mir got six bullets irrespective where they were hit? But I felt ashamed of myself as a journalist when I saw some of our journalist colleagues raising questions like, “Why did the assailants only hit the lower parts of his body? Why did no bullet hit his chest or his head?” Oh, God! Can you imagine, journalists arguing on why Hamid Mir was alive after the attack meant to kill him? Why is he NOT dead? They didn’t even realize the pain and agony of the family of Mir, when his wife and children were watching them on TV screen.

I wish some of them before raising such questions, should have at least visited the Aga Khan hospital for once and waited for the three-hour operation to be over. As of writing this, there are still three bullets lodged in Hamid Mir’s body, which doctors say, require major surgeries to extract.

I may also hold a different opinion to that of Hamid’s brother Amir as to who was behind the attack. I think it was premature to air the suspicions because Hamid was still alive and would have been in a better position to express his views and fears about the suspected assailants. He is also a key witness along with his driver and guard to the attack. So Amir should have withheld Hamid’s earlier statements, including his reported video recording sent to Committee to Protect Journalists, to allow him to frame them himself.

I also don’t subscribe to the demand of my journalist colleague Ansar Abbasi’s demand that the director general of ISI, Lt Gen Zaheerul Islam, should step down. All these premature statements and allegations have not helped Hamid Mir’s case. All these doubts and allegations may be found untrue and someone else could have attacked him but what about scores of cases where the role of our premier intelligence agencies was questionable?

The two cases suspected of the involvement of intelligence agencies, which got prominence, were that of Hayatullah Khan and Saleem Shahzad. Both journalists are sadly no more but there are journalists who have been picked up by these agencies and were allegedly tortured. Go and enquire from journalists like Saeed Sarbazi, the senior subeditor of Business Recorder, as to what happened to him. Go and ask the journalists in Balochistan what kinds of pressures they face daily. Go and ask Umer Cheema, investigative reporter of The News, as to had picked him up and tortured.

Saleem Shahzad had also feared that he would be killed and had informed his family and his employer. So if Hamid Mir had informed his family, his media group with which he has been associated for over one decade and his family, why we are creating doubts? It could be possible that some third party may have taken advantage but the investigation needs to start from his fear against the intelligence agencies. Why we are making it a question of ‘national interest’? Were Shahzad and Hayatullah killed in ‘national interest’? Was Hayat’s widow also killed in ‘national interest,’ because she had identified the alleged suspects?

Yes our rival countries and their media take advantage from such situation. Yes they created hype over the allegations against the ISI but does this mean that the Supreme Court of Pakistan, which too raised doubts over the role of ISI, MI, FC in the cases of ‘missing persons,’ are also working against national interests, and all those mutilated bodies found from Karachi to Quetta of these persons were all killed in ‘national interest’?

Pakistani journalists have fought many successful battles for freedom of the press over the decades. But today I fear we are losing a battle within. I have never seen so much disunity among the ranks of working journalists, media owners and as a result violence against journalists has increased.

Yes, corporate culture in the media brought a lot of money and at least five per cent of journalists, anchors and top brass are well paid. They are getting the kind of money that was once beyond even the imagination of the editor, what to talk of the reporter or the subeditor. So the money is welcome and must be appreciated but it also raises a serious question” “From where is all this money coming from?” The Pakistani economy is small and market crowded and yet we have over 100 channels, with some dedicated to news to entertainment, and from sports to food to music.

Today we have a divided force of some 18,000 media practitioners, over 100 TV channels and some 1,000 newspapers. At the same time we have three factions in once the most representative body of journalists – the Pakistan Federal Union of Journalists (PFUJ). Every TV channel is under attack but all are following the unwritten policy, “You fight your battle, I will fight mine.”

The choice is: speak now before it is too late. No one will survive these vicious media rivalries. The media houses need to understand that their survival and commercial interests lie in their unity, not division. Divided houses and cracks can’t survive for very long. It is time to unite and speak with one voice.

Considering this disunity in media, and taking inspiration from the famous poem “When They Came for Me,” I conclude with these lines:

First they came for Hayatullah. I did not speak because I was not Hayatullah

Then they came for Saleem Shahzad. I did not speak because I was not Shahzad

Then they came for Khan Musakhel. I did not speak because I was not Musakhel

Then they came for Chishti Mujahid. I did not speak because I was not Mujahid

Then they came for Mohammad Ibrahim. I did not speak because I was not Ibrahim

Then they killed several more. I did not speak because I was not among them

Then they attacked Raza Rumi. I did not speak because I was not Rumi

Then they attacked Hamid Mir. I did not speak because I was not Mir

Then they attacked Express News. I did not speak because I was not in Express

Then they attacked ARY News. I did not speak because I was not in ARY

Then they attacked Aaj News. I did not speak because I was not in Aaj

Then they came for Geo News. I did not speak because I was not in Geo

Then they came for me. And was no one left to speak for me.

The author is a senior journalist and former secretary-general of Pakistan Federal Union of Journalists.