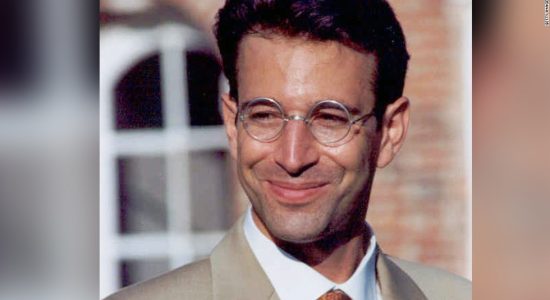 The Sindh High Court verdict on appeals of four convicts of murder of American journalist Daniel Pearl setting three of them free and converting death sentence of prime suspect into seven years jail imprisonment was shocking for the journalist community and press freedom watchdog organizations, including Freedom Network.

“This verdict has strengthened hands of press freedom predators and perpetrators of crimes against journalists and media in Pakistan, one of the most unhospitable places to practice journalism,” the Press Freedom Alert read. “It will reinforce deep-rooted impunity killers of journalists enjoy in Pakistan.”

In its short order released on 02 April 2020, the Sindh High Court in Karachi acquitted three convicts in the case – Fahad Naseem, Sheikh Adil, and Salman Saqib, who were earlier sentenced to life in prison.

The two-judge bench, found, however, mastermind Ahmed Omar Saeed Sheik of kidnapping reducing sentence from death penalty to seven years imprisonment. The mastermind is likely to come out of prison if the federal government does not appeal against the high court verdict.

It took the court 18 years to finally pass the verdict as the convicts filed their appeals in 2002.

Daniel Pearl went missing on 23 January 2002 while investigating network of Islamic extremists in Karachi and a month later his beheading video was sent to the US Consulate in Karachi.

Sheikh Omar, the mastermind of Pearl’s murder, was brought up in England and has both British and Pakistani citizenship.