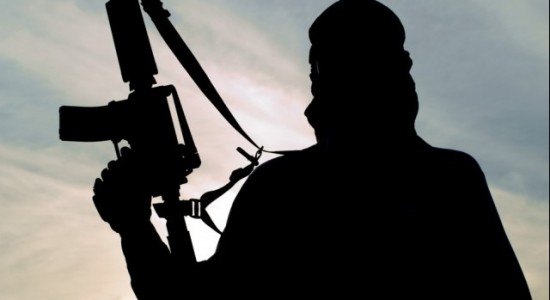 “We are concerned at the circulation of the fatwa (edict) with pictures of Mr Hasan Nisar and Mr Hamid Mir, one of the country’s leading columnists and journalists, and urge the federal government of Prime Minister Nawaz Sharif to move against elements encouraging violence against media,” FN, the country’s first media watchdog organization monitoring press freedom violations and freedom of expression and online journalism, said in an alert on 22 October.

The circulation of the fatwa comes days after Federal Minister for Information and Broadcasting Pervez Rasheed committed the present government to supporting the UN Plan of Action on impunity of crimes against media in Pakistan.

A special publication by little-known ‘Jihad-e-Pakistan’ gives insight into the banned Tehreek-e-Taliban Pakistan (TTP)’s mindset about national and international media organizations and journalists working for them.

The decree, according to FN research, was issued last year when coverage of attack on Malala Yousafzai angered the TTP lobbing open threats against media organizations carrying the Malala with prominence. However, its circulation on social media has been alarming with particular reference to carrying pictures of the two senior journalists.

“It will have double-edge impact on followers of the TTP organization who may be tempted to physically assault the two journalists in particular and others in general,” FN underscored the danger to personal safety of the two and many other independent journalists due to the edict’s circulation purposely.

The Pakistani Taliban-linked religious scholars had issued the edict against the media for what they claimed journalists are “siding with secularism and the West” in the ongoing war on terror and militancy, referring to the “mujahideen” as terrorists and anti-peace, using the word of martyr for slain security forces and promoting vulgarity and obscenity among the Muslims.

Posted on a website of the Taliban militants, the decree has named certain Urdu and regional languages radio stations and called for actions against their reporters and other media persons.

The Urdu language ‘fatwa’, translated by senior journalist Tahir Khan, said that the media persons should first be given “a warning and pardoned if they stop ‘enmity with Islam’ and propaganda against Muslims.” But action should be taken in line with Jehad policy against those who continued their work.”

The decree, issued by “Shura Ulema-e-Mujahideen” of the TTP, said using the word of martyr for the slain security personnel was “part of the anti-Taliban propaganda.”

Although the TTP distanced itself from the edict but it has renewed old stance to take on such media who what the banned militant organization said was “spreading vulgarity.”

Speaking to The News newspaper, the TTP spokesman denied his organization had any connection with the fatwa. “No edict has been issued by TTP in this regard,” the spokesman, Shahidullah Shahid, told the newspaper from undisclosed location.

“The media sparks sentiments against the Muslims and the mujahideen and is showing anti-Taliban plays,” the edict said, adding media persons were using referring to the “mujahideen (a reference to the Taliban)” as “terrorist, miscreants, extremist and anti-peace” elements.

Islamabad-based senior journalists held the view that a third party might be using the fatwa to pressure independent journalists. “The circulation of this fatwa is purposely and the aim is to terrorize journalists to change current media narratives,” they confided to FN.